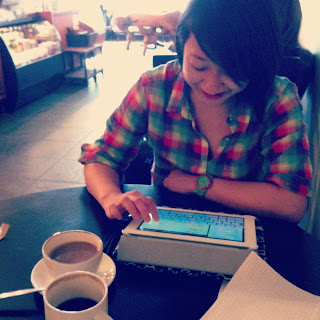 I consider myself a relative newcomer to the Folk Fest crowd. I didn't grow up in the Folk Festival culture. My first Folk Festival experience was at the 2005 Edmonton Folk Music Festival. My family never attended any outdoor music festivals even though extra-curricular music studies were valued. I can still hear my mother questioning my sanity for being willing to sit outside all day in the sun just to listen to music and feed the mosquitoes. I was reluctant to purchase my first weekend pass. I thought I would buy the evening ticket to ease my transition to the folkie world. However, lured by the peer pressure of more folkie-oriented friends, I decided to purchase a four-day pass since I was guaranteed that the afternoon workshop sessions are "where the magic happens". I have not looked back. 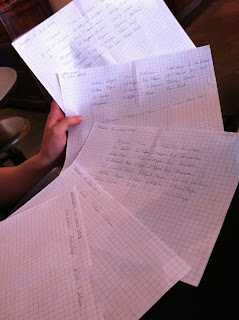 During my Edmonton Folk Fest attendance over the years, I began to notice a continuing trend of Winnipeg inspiration. It is a location that has cultivated many Canadian talents and provide inspirations to other Artists. Danny Michel recorded his live album at the Winnipeg West End Cultural Centre and one of the lines from Dala's song Anywhere Under the Moon is: "The last power line, my cell phone died/I don't even know your number/So I drive all the way to Winnipeg." Even local Winnipeg band, The Weakerthans, communicates the poignant phrase, "I hate Winnipeg," in their song One Great City. From my perspective, Winnipeg has a mystical music quality to it.

Follow @soundnnoise and @misssable for live tweets throughout the week.
Cross-posted on the Sound + Noise.
Posted by misssable at 10:00 PM