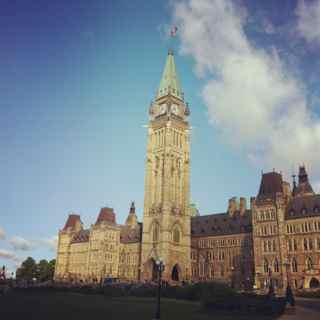 The world of choral music can sometimes feel like a microcosm. The world of social media can also feel the same way. However, when these two specialized spheres overlap, the focused interaction of these two factors produces one of the most unique choral-social experiences. While I was looking forward to Podium with great anticipation as a singer and as a choir girl blogger, the reason Podium was as engaging as it was for me was due to the presence of social media. By social media I mean Facebook, Twitter, blogging, e-mail – all modes of Internet interaction. Twitter is a social media platform, not unlike Facebook, where users can share their experiences with a larger audience with messages known as “tweets” in 140 characters or less. My goal at Podium 2012 was to actively use these various tools to show how choral music enthusiasts could be united by their love of choral music. 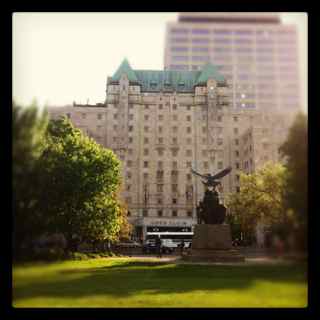 I sent out a tweet of my arrival upon checking in the Lord Elgin Hotel. Almost immediately, I had a reply and made plans to meet a twitter acquaintance and fellow choral music blogger, Jean-Pierre Dubois-Godin. It was my first opportunity connecting with a fellow choir music blogger. I believe the same can be said of choral conductors across this country, each in their own community pocket, potentially with limited opportunity for inter-conductor connections. Alas, being united in musical passion but segregated by physical coordinates.

During the conference, it was exciting for me to read live updates regarding who was sitting in the audience of my concert or getting tweets when Donald Patriquin happened to mention my name during a his world music reading session. The instantaneous notification and interaction with others made me feel like I could be in two places at once. By the way, the only reason Donald knew me was because he had read my blog two years earlier from a ChoralNet link. The interconnected web that unites us through the worldwide web and its power is not to be overlooked. 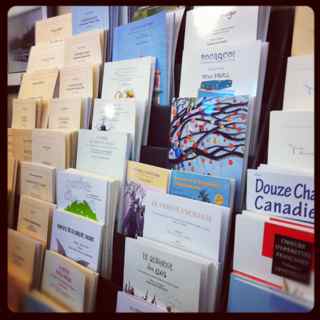