An Interview with Conductor, Elaine Choi 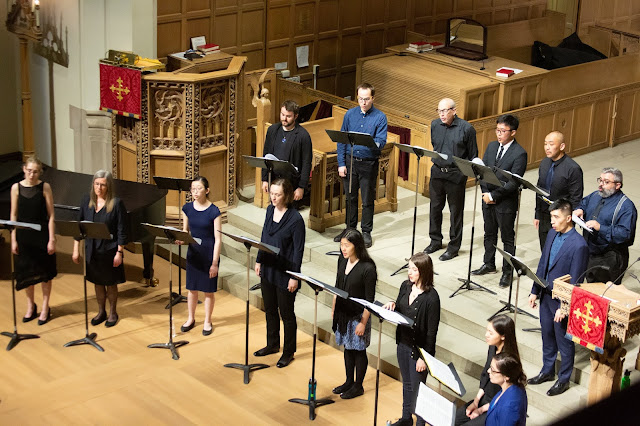 Conductor and music educator, Elaine Choi, is a citizen of two places. She has lived half of her life in Canada and half of her life in Hong Kong. Choi is based in Toronto and immigrated to Canada in 2002. Prior to that, she was living in Hong Kong for 17 years. She is the cultural ambassador that the Canadian choral scene needs with her skills to facilitate the exchange of choral music between Canada and Asia. Choi understands the void of Chinese choral music in Canada and, conversely, the absence of Canadian choral music in Asia. Choi shares: “We sing a lot of different languages. Choir is always a way to welcome people into a country or place. But I have never had a chance to sing Mandarin choral music ever since I came to Canada. Mandarin choral music is quite accessible. There is language complexity that tends to scare people away.” Choi is well suited to be make the introduction since her Doctoral thesis looked at the complexity of Mandarin as lyric diction and the dissemination of Mandarin choral music. Her goal is to have a choir that is not afraid to sing in Mandarin and this could be a way to increase a singer’s comfort level by having a mix of non-native speakers and native speakers in her group. On a previous visit to Hong Kong four years ago, Choi realized that Asian choirs were unaware of Canadian choral composers. When she informally polled choral musicians in Hong Kong, oftentimes there was only one Canadian composer they would mention: Healey Willan.

Last year, she was invited to share Canadian choral music with The Chinese University of Hong Kong (CU) Chorus. She partnered with CU Chorus to arrange workshops with five local high schools this July. Each school has chosen to learn a work by a contemporary Canadian choral composer that they will workshop with Choi and members of Babεl. One school will be tackling Eleanor Daley’s “Lake Isle of Innisfree,” another will sing Mark Sirett’s “Things That Never Die” and there will be a mass choir with all five high schools, Babεl, and the CU Chorus performing Matthew Emery’s “Sing Your Song.” It is not often that a choir is created in response to an international workshop request, but that is a factor in Babεl's formation. Choi realized that if she brought singers with her to Hong Kong this July for these workshops the music would further resonate with audiences. Choi and Babεl will also be working with the Caritas Institute and sacred professional choir, Vox Antiqua, to promote sacred Canadian choral works.

Babεl is comprised of singers that reflect the diversity of the Greater Toronto Area. The group includes non-Chinese speakers, non-Chinese descent, international students studying at the University, and many first and second generation Chinese, and some who have parents that speak Chinese but who don't speak the language themselves. For the latter, performing in Mandarin allows them access to a part of their culture they have never been exposed to. 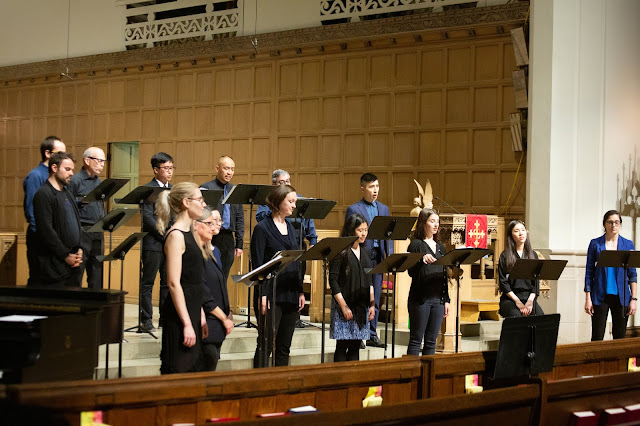 Choi believes there are two large contributing factors that has resulted in limited Mandarin choral music in Canada:

1. Chinese is a hard language to learn and can be intimidating for non-speakers.
2. Organizations and choral leaders don’t know where to find this music.

The first area of difficulty is addressed by using pinyin transliteration, which can be read using the English alphabet. As long as the rules for consonant and vowel pronunciation are outlined, it is no different than a choir singing a work in a different language. Choi also notes that the tonal part of Mandarin is not a distinguishing feature once the text is sung, often on neutral vowels and different pitches. There is an increasing amount of Mandarin choral music written in a western style, especially in Taiwan. There needs to be further development in marketing these scores for North American choirs and making sure there is standardized pinyin in North American music editions. A goal of Choi’s would be to work with composers in Asia to publish accessible North American editions to encourage non-native speakers to sing this music outside of the country of origin. There is an authenticity that results from standardizing the music from the source since there is a challenge when North American composers are trying to write arrangements of Asian folk music. Mandarin music is more than songs about jasmine flowers and Japan is more than Sakura. If the arranging composers don’t use the standardized pinyin transliteration, it can end up creating a lot of text confusion for non-native speakers since there may be multiple transcriptions of the same noun.

The passion in Choi’s voice is evident when she verbalizes the goals of Babεl and the excitement of beginning an important process to promote and share culture through music. Choi grew up in a musical family with her Mom and two Aunts as accomplished music educators and piano teachers back in Hong Kong. Piano lessons commenced for Choi at 2.5 years of ago but her family knew that immigrating to Canada would provide more options for Choi and her sister, Yvonne, to pursue musical careers. Yvonne has a degree in collaborative piano and works with many Toronto choruses. It is apparent that Choi is a music educator at heart. It doesn’t matter if she is working with professional singers, a community adult chorus, or a children’s choir because Choi has the warmth and inspiration to guide them all.