Christmas is one of the busiest times to be a musician. 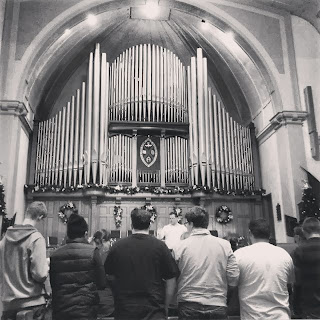 It is an endless string of concerts, rehearsals, gigs, and receptions. Cars are packed at the start of the day with all the necessities: water bottle, food, uniform, music, tuning fork, mechanical pencil, black music folder, fancy performance shoes, comfy performance shoes to change into after intermission because of uncomfortable fancy performance shoes. On top of this add -30 degrees Celsius weather, windchill, and oatmeal snow on the slick roads to add more obstacles on the commute to your next engagement. And, you still have to find parking when you get there.

While the holiday season has its highs and lows, one of my favorite parts is how the music community is just buzzing with activity. Last weekend I saw the Messiah in addition to Pro Coro Canada's ConSept debut, where they sang David Lang's Little Match Girl Passion. It was lovely to see a familiar face, bass-baritone Stephen Hegedus, singing with the Richard Eaton Singers and Edmonton Symphony Orchestra. It was also a treat to hear the haunting vocal beauty of ConSept as they invited the chill inside the church for their performance; a perfect compliment to their storytelling of the Little Match Girl story. The singers' faces were lit with the flickering candlelight and a foggy mist formed around the hot flames. 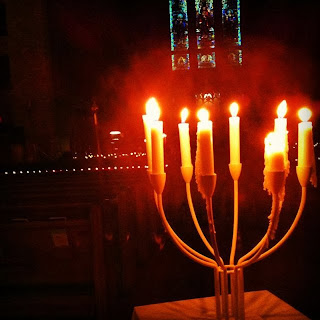 My most recent rehearsals have been focused around the annual Pro Coro Christmas Concert. This year we are sharing the stage with the Edmonton Youth Choir. I'm always excited to collaborate with singers, especially youth singers because really, it was not that long ago that I was singing in a very similar group. Following rehearsal, I walked past a nearby church and saw a reception glowing with warmth and activity following a Joyful Noise choir concert. Many familiar faces walked past me on the way out of the venue and we were able to exchange a few words before they headed home for the evening. Even though it is hard for musicians to attend all the concerts of those in their communities, it is nice to know that each of us, in our own way, is contributing to the richness of our local culture.

It is always beneficial to take a moment, breathe, and be grateful for the frenzy of the season since it signals that our artistic community is alive and well.

If you're free today, Pro Coro Canada shares the Winspear stage with the Strathcona String Quartet, Edmonton Youth Choir, Jeremy Spurgeon, and Kerri-Lynn Zwicker at 230 PM.
Posted by misssable at 12:00 AM No comments:

This video came to my attention today:

I'm interested to see how unfamiliar listeners react to the sound of this choir.

Do they recoil in disgust or puzzle in interest over how these choristers voicing?

This choir is formed by laryngectomees (a.k.a those who have had their larynx removed). There are social stigmas against laryngectomees. As if they deserve the removal of their larynx (a.k.a. voice box) because they used to smoke. This is not always the case. In the hospital, I have seen some laryngectomees that have never smoked a cigarette a day in their life; however, they were exposed to second-hand smoke.

Laryngectomees produce voice by using a one-way valve that directs air from the trachea (a.k.a. wind pipe) into their esophagus (a.k.a food pipe). This one-way value is called a tracheoesophageal puncture (TEP). It's a plastic valve prosthesis that is inserted in the wall between the esophagus and trachea. It's a one way valve because air is only allowed to go from the trachea into the esophagus, not the other way around. If it was a two way valve, then any food or liquid going towards the stomach could be channeled through the valve and into the lungs. Food in your lungs? Never a good thing.

On the outside of your trachea is a stoma (aka. hole opening) so a laryngectomee can still breathe by essentially having an open channel to their lungs. When this hole is plugged with a finger from the outside, the air coming from the lungs is directed through the TEP valve and up through the esophagus to vibrate structures in the lower pharynx (a.k.a throat) and upper esophagus. Then using regular tongue, lips, and teeth articulatory patterns, users can then form speech.

In the video, you're probably able to hear a really rough voice source. Well, that's what it sounds like when you're vibrating the tissues in the lower back part of your throat. There is an impressive range of expression and pitch variation in the choir. This is coming from manipulating the resonance of the vocal tract (a.k.a the speaker moves their tongue, soft palate, lips and teeth to maximize resonance).

Regardless of the type of medical, social, or emotional barriers that can handicapp people, everyone has a voice that deserves to be heard. It's empowering to see choristers embrace this fact, even when they have no larynx.
Posted by misssable at 12:00 AM No comments:

A Sense of Play 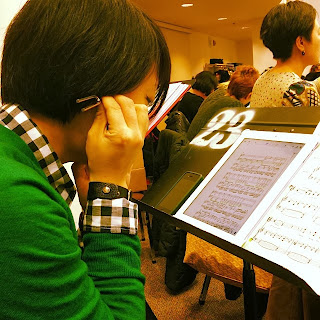 Every group has their own energy. The exciting thing is discovering what is at the core of each group. I've deduced what it is about the Edmonton Opera Chorus that makes it such a unique group for me: the sense of play. 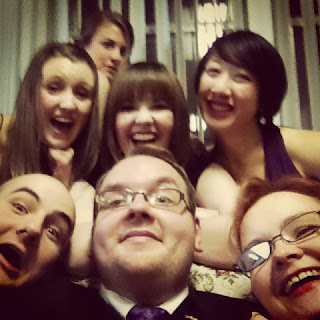 It was something I began to notice throughout the rehearsal process, and it was confirmed during the Salute to 50 years Chorus Concert on Saturday. For me, the play aspect is hard to fully embrace. I find it hard to ease off and simply enjoy.

I love a musical challenge. I enjoy the stress and satisfaction cycle of learning hard works.  But on Saturday night, the energy of those around me was infectious. Humorous glances cast towards the male chorus as they sang about being sober men in Sir Joseph's Barge from HMS Pinafore and the seductive sways and tambourine hits during Carmen's Gypsy Chorus from the ladies. It just felt comfortable and organic to play up the song within a chorus full of characters. 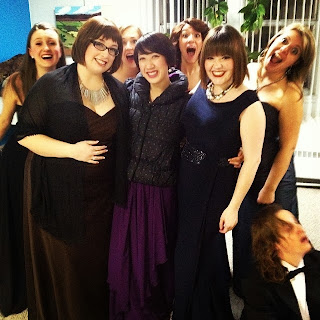 It is always good to take a step back and reevaluate why you are singing in a particular group. For some, it may be increasing musicianship skills, for others, it may be the paycheck. For me, singing with the Opera Chorus is a personal reminder to not take myself so gosh darn seriously. It's like taking a massive handful of colourful characters and loading them into a confetti launcher. One cannot predict where certain colours will fall or when it will go off. Instead of worrying about the clean-up, which I would normally do, I just learned to enjoy the show.

(All photos from Christina O)

Posted by misssable at 11:00 PM No comments: 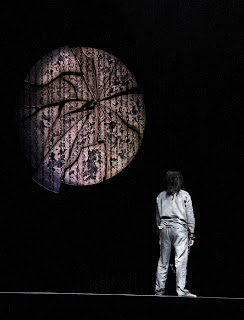 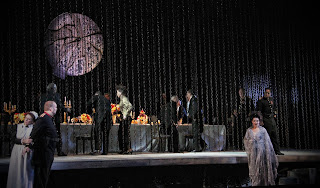 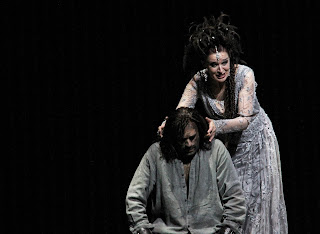 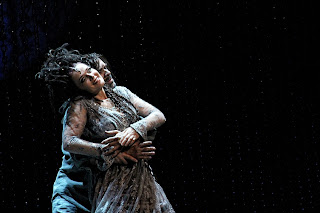 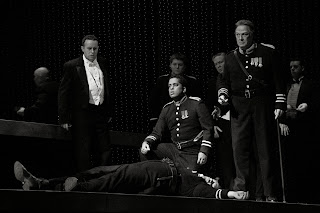 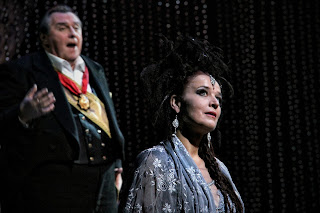 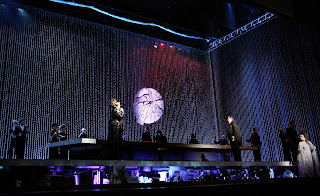 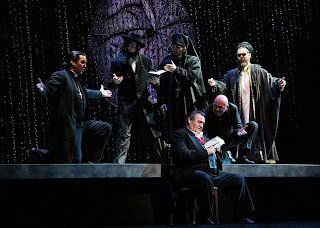 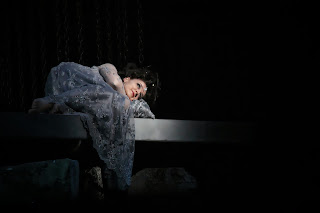 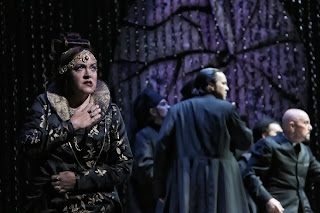 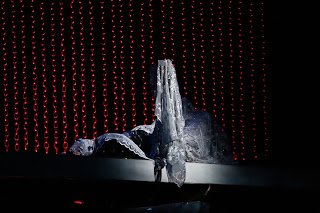 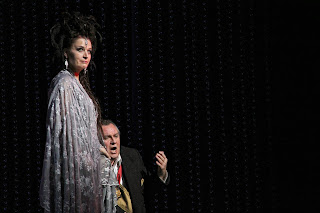 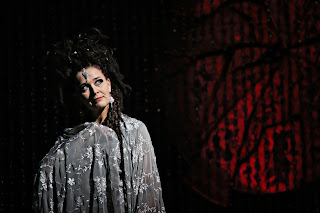 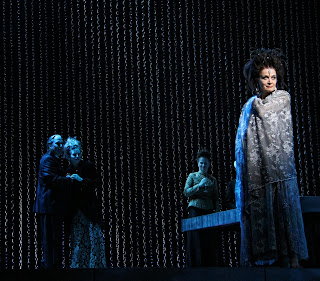 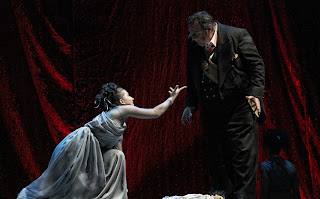 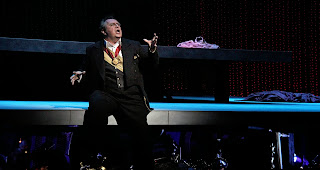 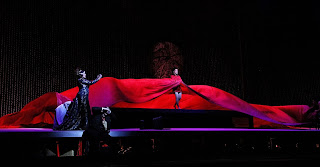 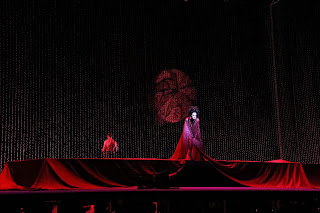 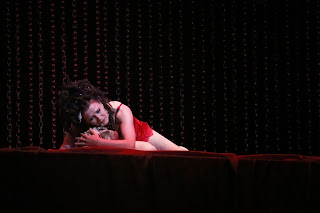 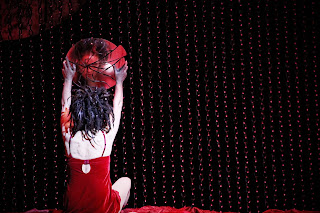 Photography by Nanc Price
Posted by misssable at 8:00 AM No comments:

The Canadian Chamber Choir Brings Their Voice To BC