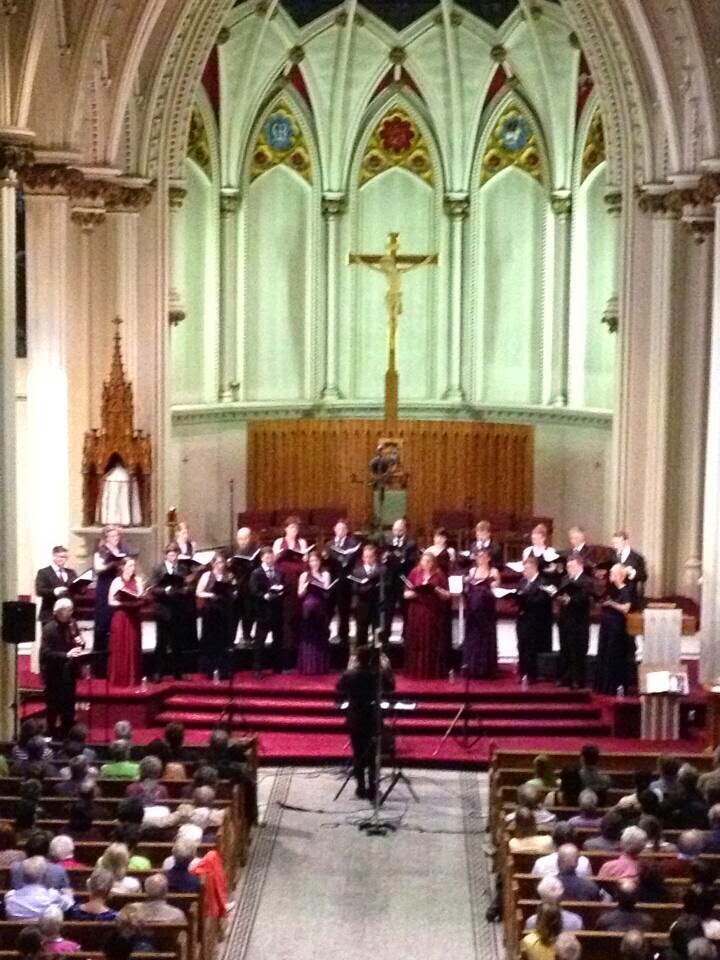 This past week has been a choral marathon.

It was an effective test of travel adaptation as soon as we arrived in Halifax. I think the choir had become used to the hot, sunny weather of Ottawa and our proximity to metropolitan downtown desires. We were also still coming in off of a high from the Sunday concert with the Ottawa Cantata Singers. Upon arriving at our Dalhousie dorms, it took some time to adjust to the fact that we were not in downtown apartments and, instead, on the lush and remote back corner of the Dalhousie campus. 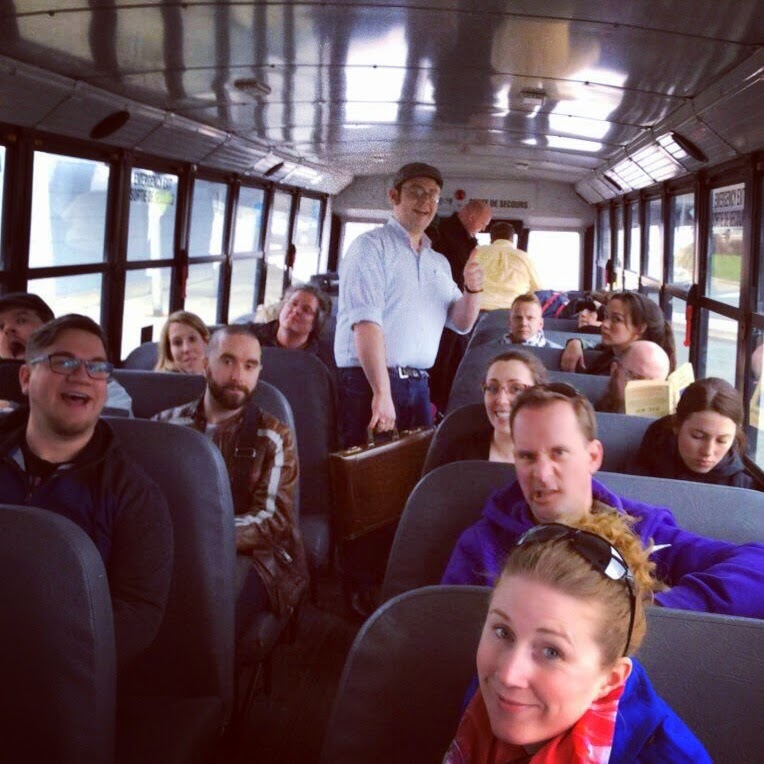 There is a crossroads moment in every tour, where you either rise and fall or you peak and shatter modest expectations. Pro Coro was definitely peaking in our Amherst concert on Tuesday. We were adjusting to a new space, we were expecting just to sound good but we found that we had to work even harder because we were not meeting the challenge prior to the intermission. Casey discussed this thoroughly on his tour blog post.  It is interesting how easy it is to become complacent. Complacency can kill an ensemble.

Finishing strong at the Amherst concert, we went into the second day of rehearsals refreshed and refocused for our main tour goal: the Highlight concert for the opening of Podium.  It was Pro Coro's first appearance at a Podium conference. It was also Michael Zaugg's debut with the choir on the national and international choral stage. Upon my own personal reflection, I have been working towards his moment for two years. 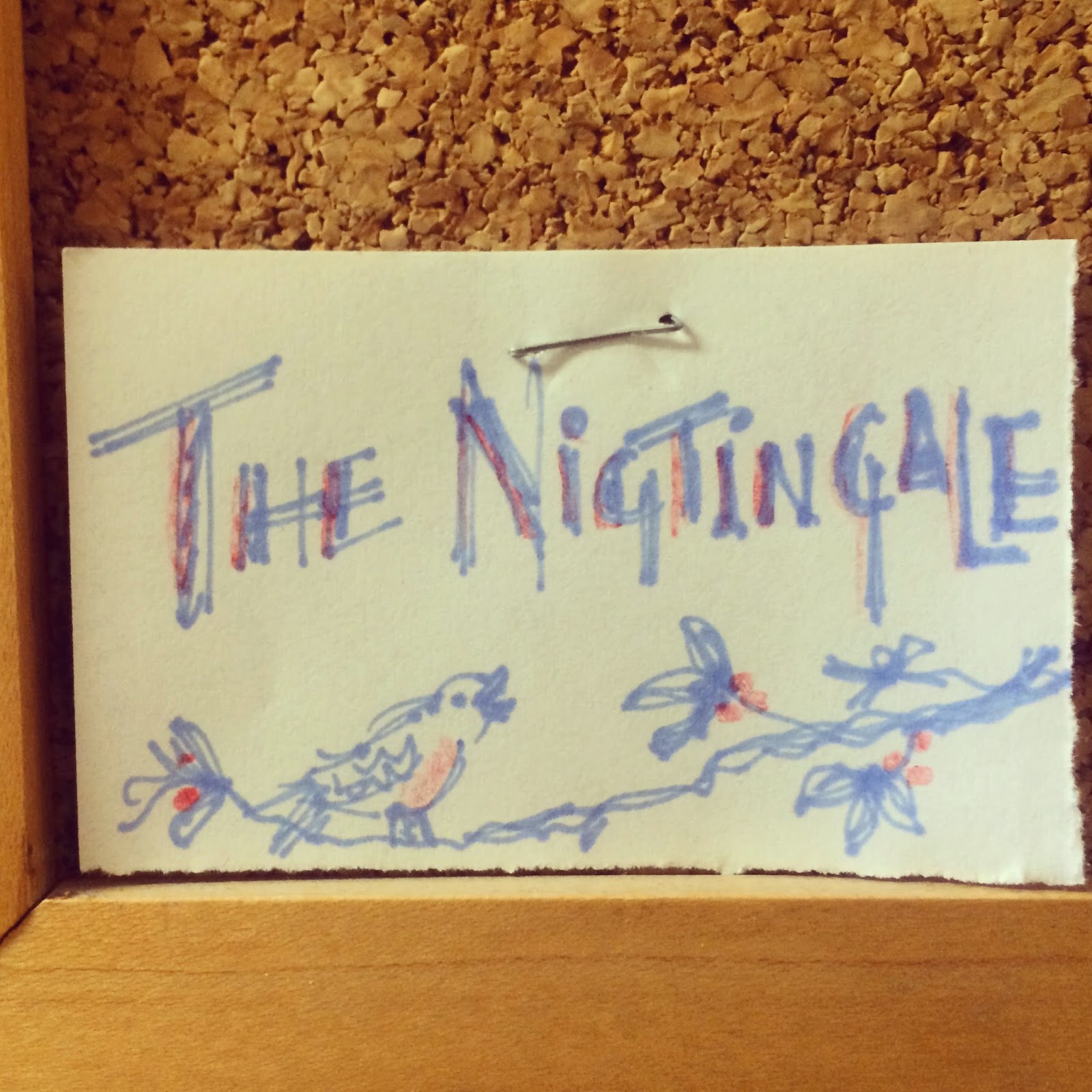 I recall coming home home from Podium 2012 in May, sitting across from my father at the kitchen table, and wondering what I was going to do next because I was convocating from Grad school in June. I had been accepted to do complete my Vocology certificate with the National Centre for Voice and Speech that coming summer and was contemplating PhD applications in the Fall. I also wasn't sure if I would be reaccepted into Pro Coro after the audition process with Michael in April. However, after interviewing Michael at Podium and hearing the sound he had developed with voces boreales, I realized with utter clarity, the type of gut intuition that makes one so inexplicably sure of themselves: I could not leave Edmonton.  If I was accepted into Pro Coro under the direction of Michael Zaugg, I could not leave. I knew Pro Coro was invited to perform for the next Podium 2014 in Halifax. I knew I had to stay in Pro Coro until the Halifax tour if given the possibility.

My Father gave a chuckle at my flustered realization. I laughed aloud myself. Never have I been the person to restrain myself if there is something I want to do. I just go out a do it. Normally, if I am not doing something I want to do, it is because I am not aware it is an option yet. If there are opportunities that would have been appropriate for me to take, I would take them. It just so happens that all of my opportunities thus far have been in Edmonton. I haven't needed to move locations to pursue my passions. In my mind, I like toying with the prospect of flexibility and freedom in everything I choose to do. I laughed aloud because, here I was, at a crossroads between deciding between more continuing education and choir. I chose choir. I chose Edmonton.

The Podium performance on Thursday supported my decision even further. During our performance of the Nightingale, I had a glimpse of how good it could get. There was a palatable sense of unification amongst the group.  It didn't matter that we decided last minute to sing the Nightingale in mixed formation that very afternoon, I just trusted that we would deliver an excellent performance regardless. There was no apprehension walking on stage. This was not the case two years ago when we first sang this piece. It is of one of the most difficult pieces I have had to learn to date but there is a sense in the choir that we are ready for the next challenge. This tour really solidified that we are united in a goal to perform music to the best of our ability, and in knowing that collective goal, we have bonded as a team.

There is a lot I don't know about the future yet. But this tour has just confirmed that I am here in Edmonton to stay, at least, for now. 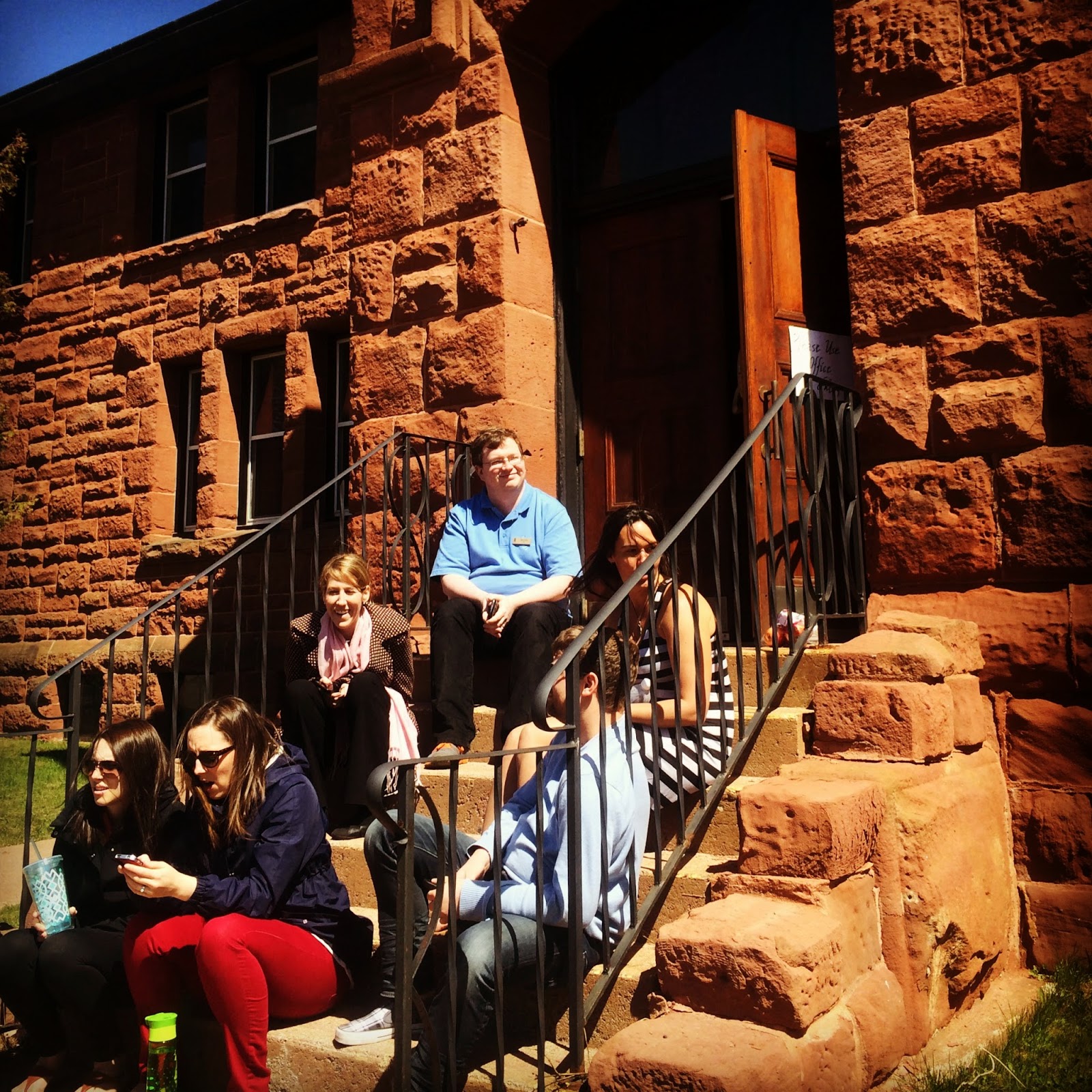 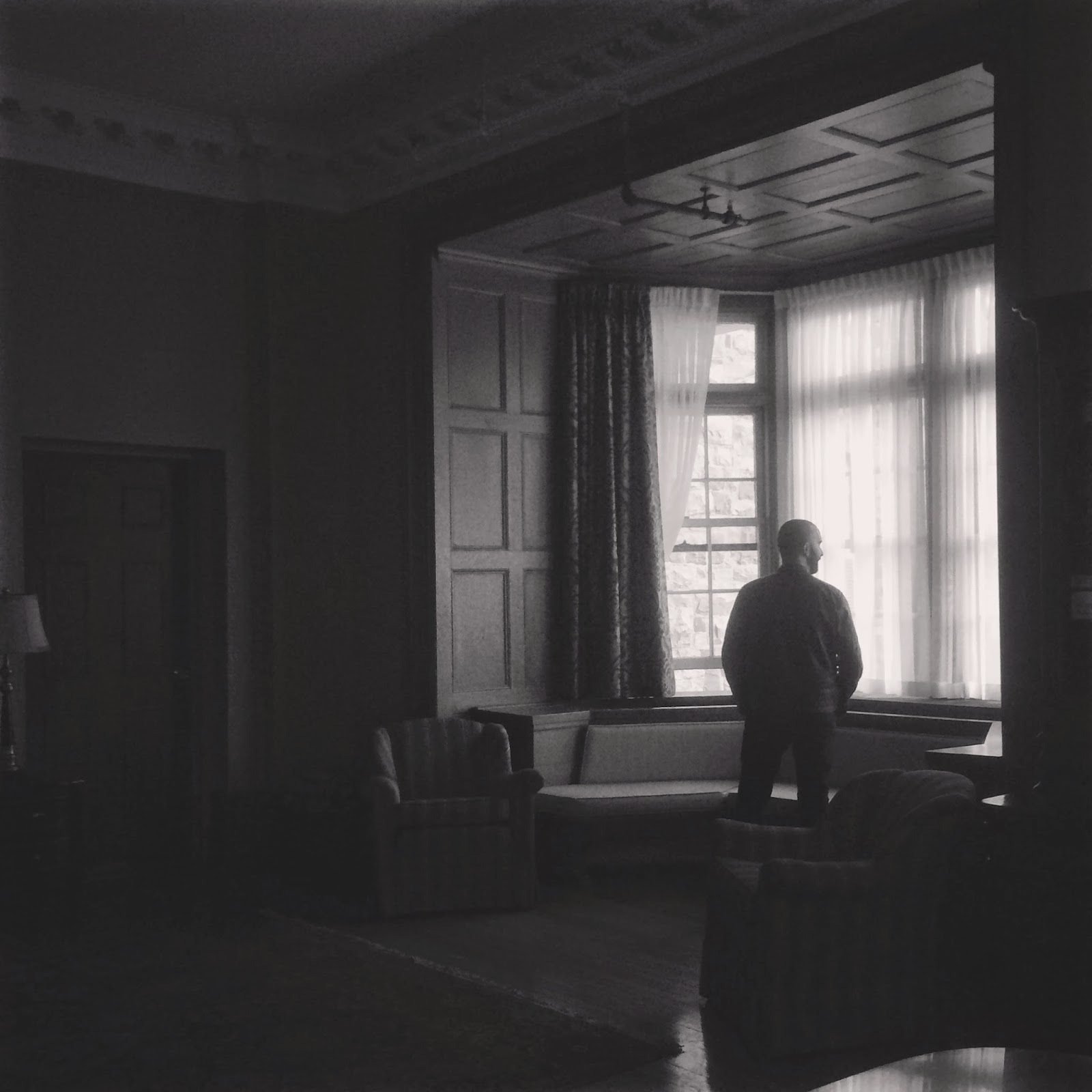 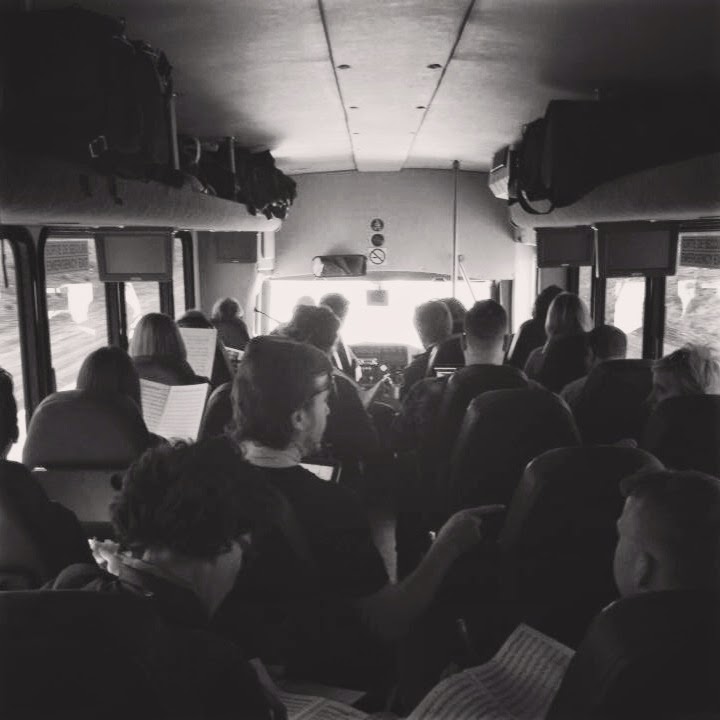 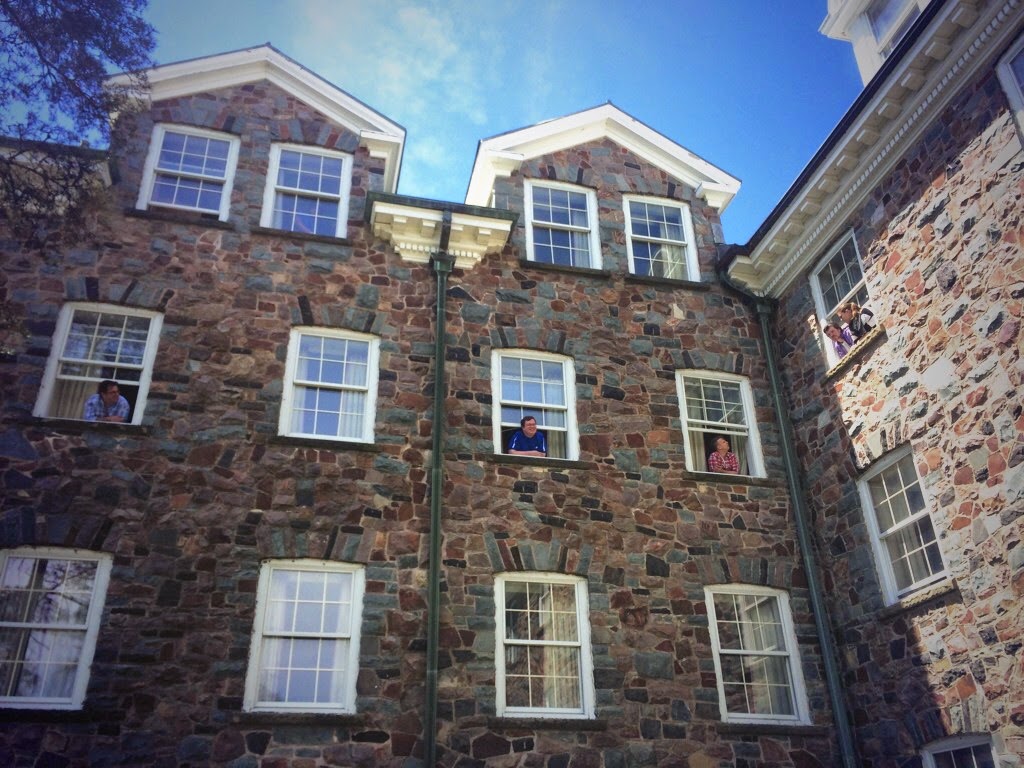 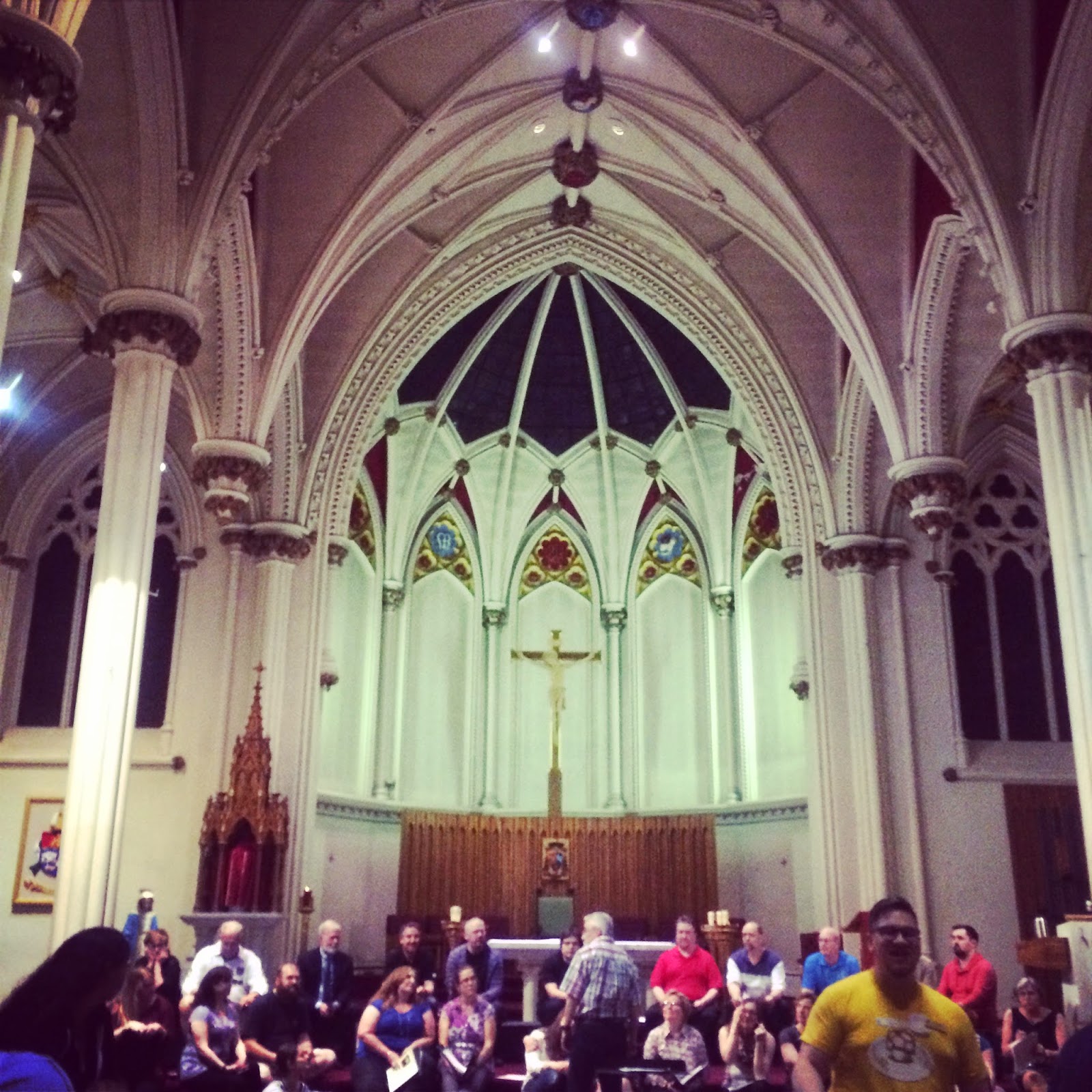 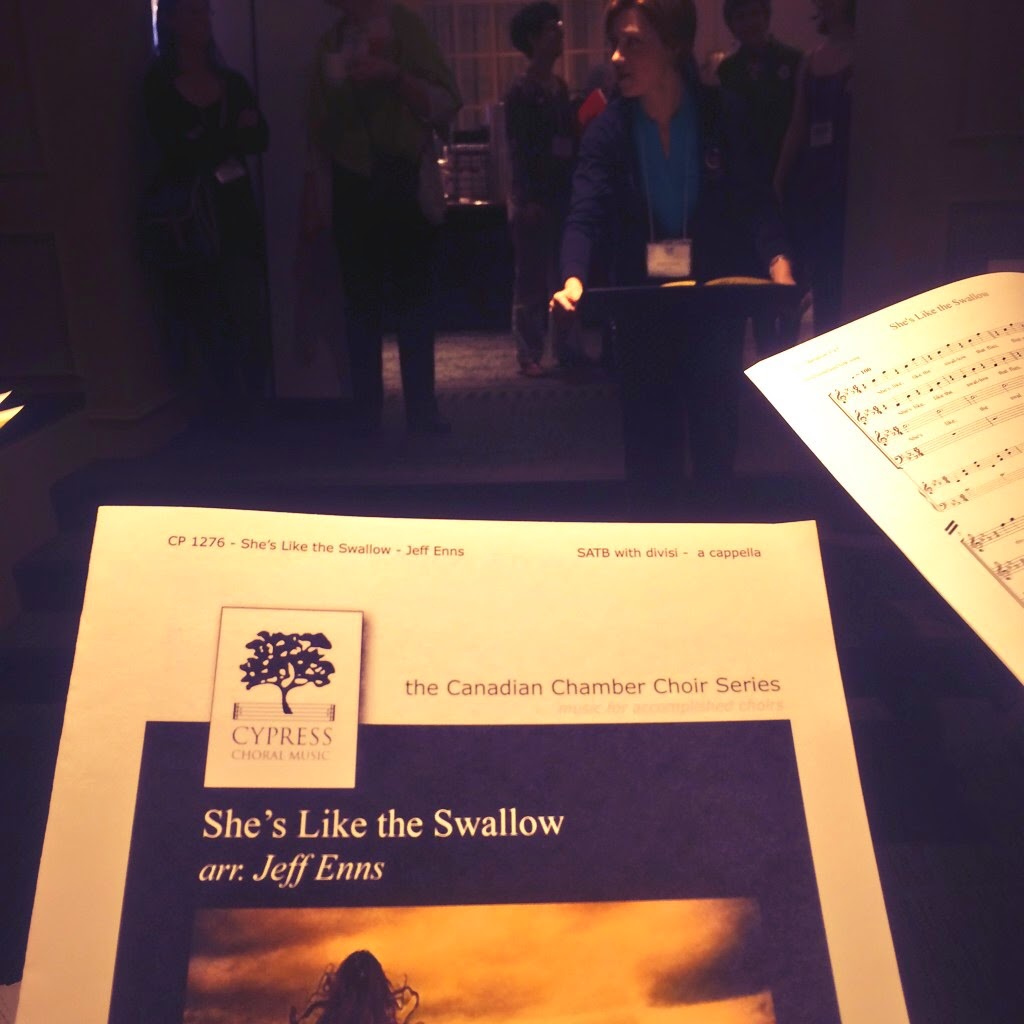 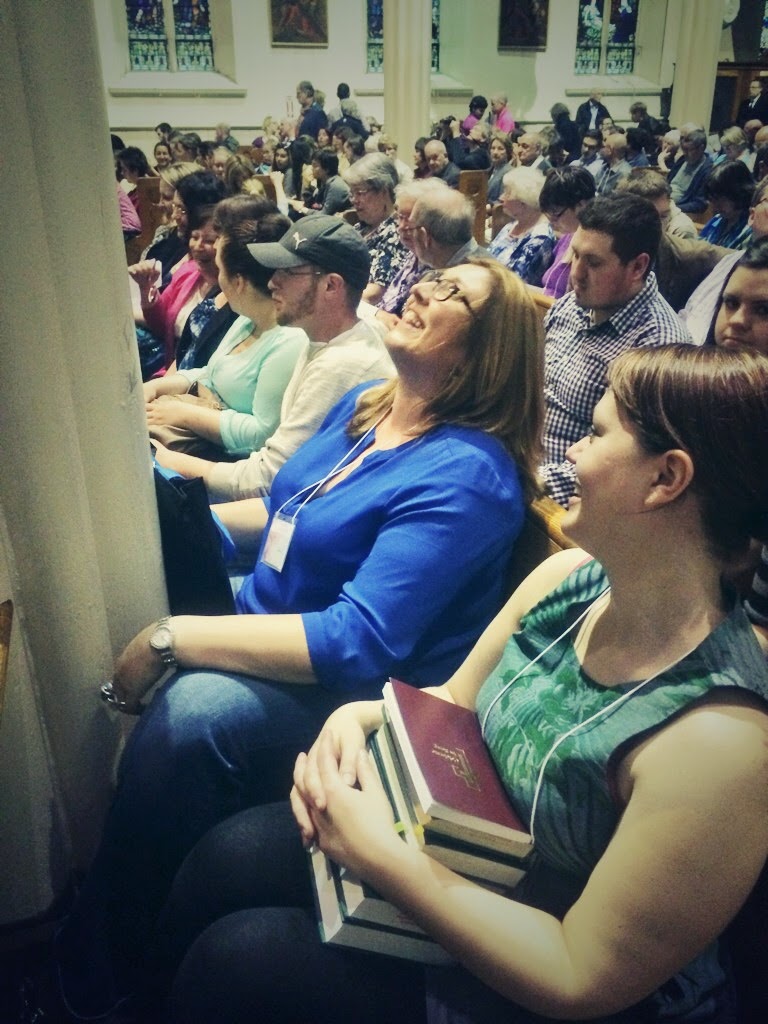 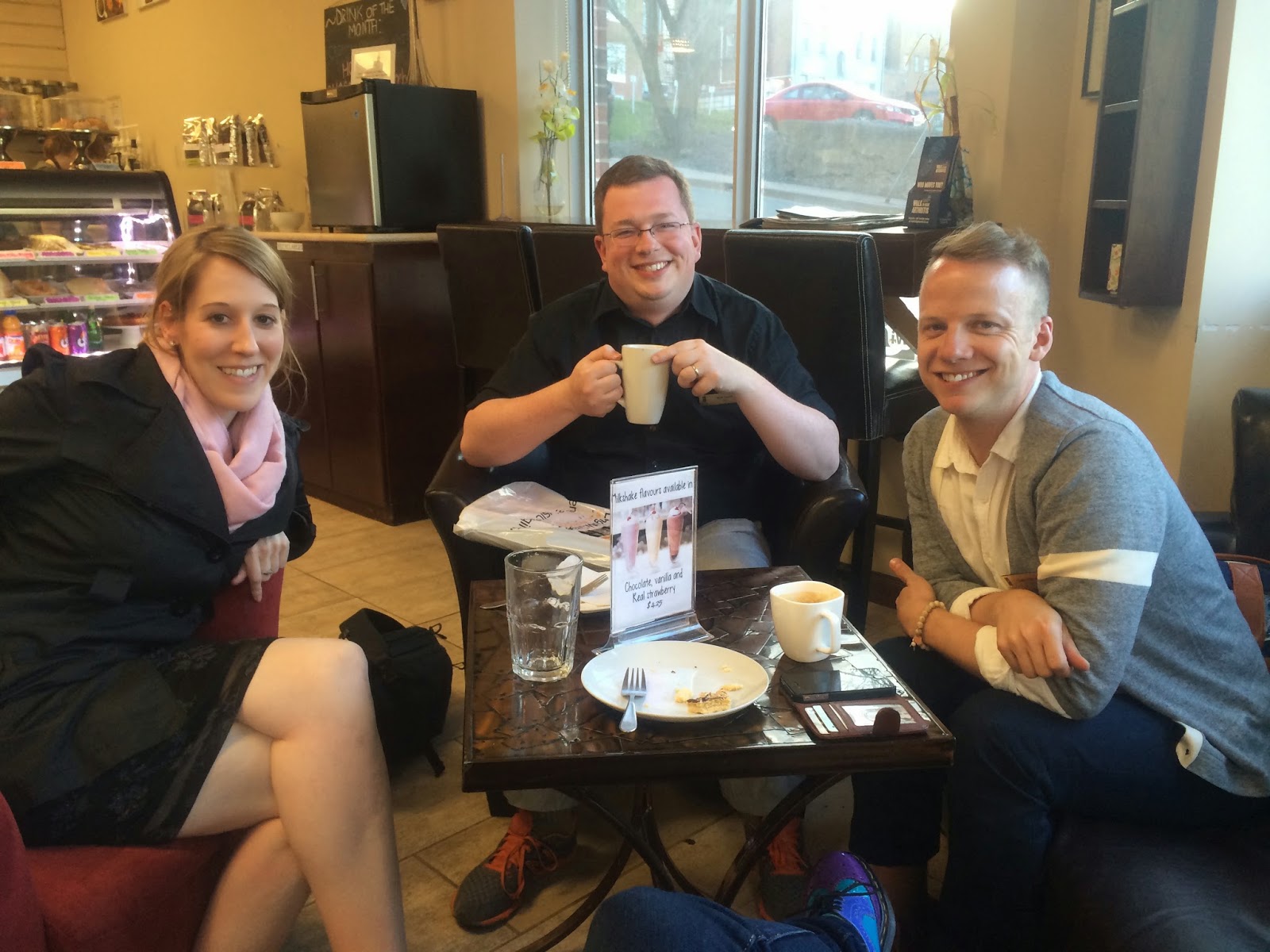 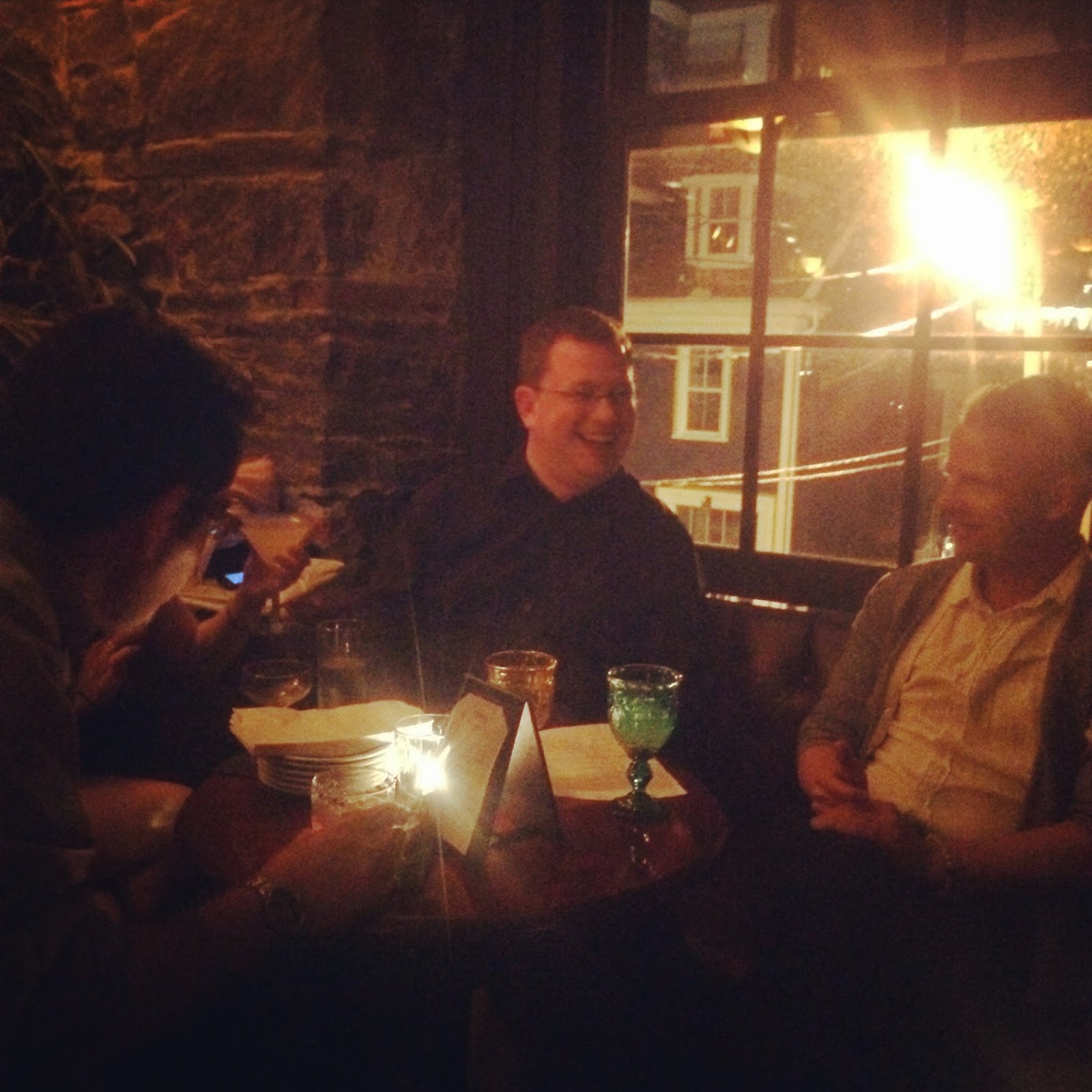 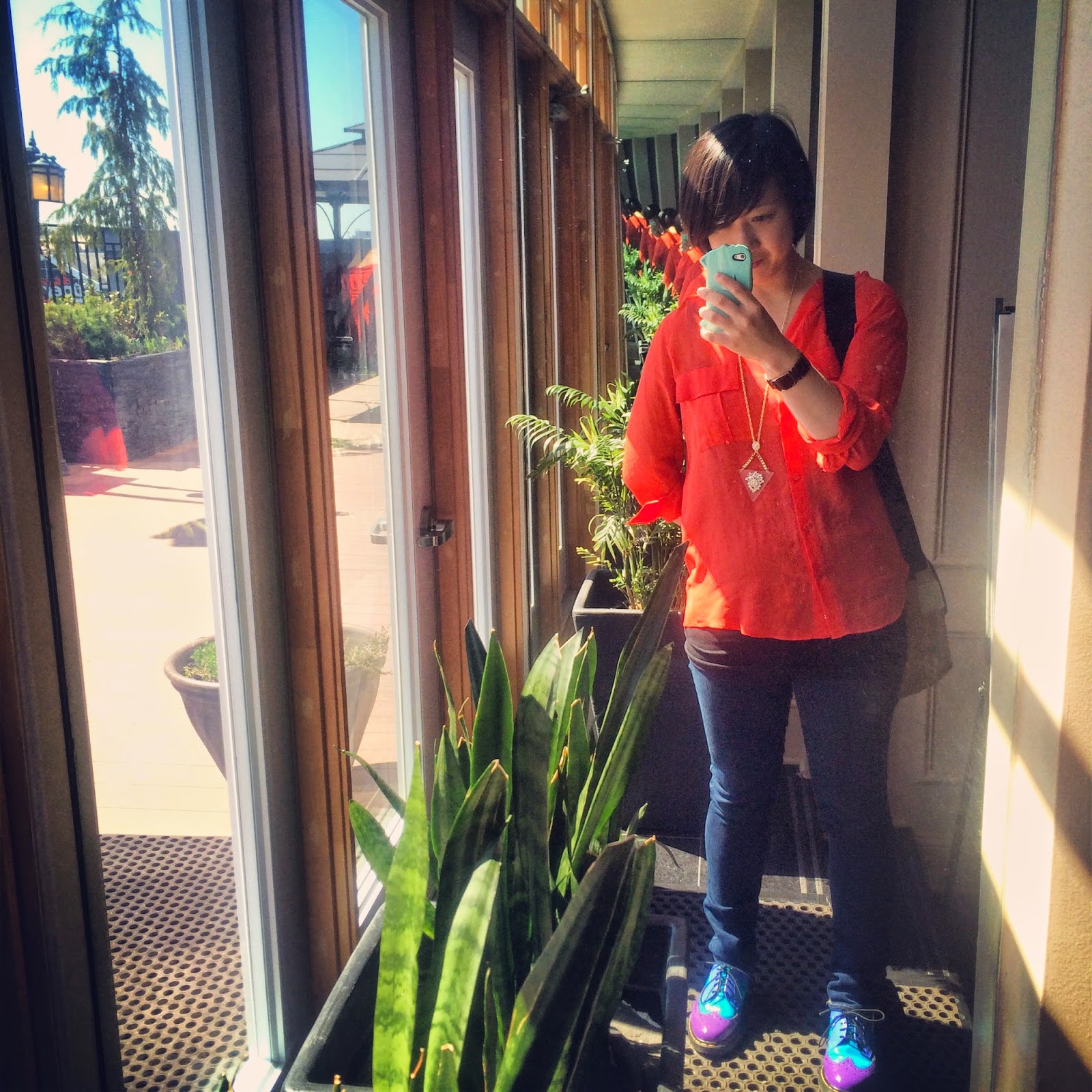 Posted by misssable at 2:00 PM

I really enjoyed reading this entry, Sable. Thank you for sharing it.

I really enjoyed reading this post, Sable. Thank you for sharing.

You really give us a great snapshot of behind the scenes and I'm glad it has all been worthwhile and fulfilling for you. You have a wonderful ensemble, and I hope you get to do more touring and delight more Canadians with your singing!

Thanks for posting this Sable - great read!