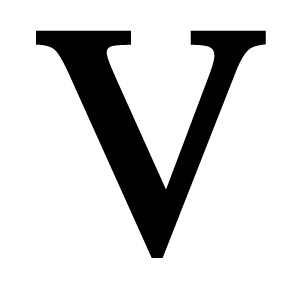 In the past little while there has been an explosion of voice therapy buzz around a very titillating topic: vibrators and its application to voice therapy. It has been interesting to see the number of links and tweets directing me to this article from readers and friends. It's quite flattering to think that I'm one of the first people they think of when there is a wacky application to voice therapy. It is a topic I find fascinating and makes the voice science part of my brain ponder. If you have not already read the article, I suggest you do that first before reading further.

You may be curious as to what may be occurring when vibrators are applied to the throat in order to "loosen the vocal chords." First of all, the heritage of my voice training urges me to refer to "vocal chords" as "vocal folds" since they really are folds of tissue layers that vibrate to create sound, and not "chords," which make it sound like they can be plucked. Now that I have clarification of vocabulary out of the way, let us address the question: Why might vibrators work in application to therapy?

I don't know. Even the creator, David Ley, doesn't know. That's the beauty of Science. We hypothesize and experiment in order to find out. However, I will provide my hypotheses.

First of all, vibrating sound sources already have application in the Speech therapy world. Some clients who have had their larynx (i.e. voice box) removed, due to cancer etc., can consider an option for voicing known as electrolarynx. An electrolarynx is a vibrating source which is held against your throat/base of tongue and it replaces the vibrations of your vocal folds.

In the diagram, you can see that the voice box is removed and there is just a stoma (a.k.a. hole) that allows for air to get into the lungs. All you do is articulate with your lips, tongue etc. and with the buzz of the applied sound source - voilà! you have speech. You can try this out for yourself. If you have your own vibrating sound source (e.g., personal massager using the most concentrated head attachment close to the one seen in the above diagram), you can try applying it to the base of your tongue where it meets your throat and try speaking by just forming vowels and articulating consonants with your tongue. Even though it can be tricky, since I'm assuming you still have your larynx, with some positioning re-adjustments, you may be able to find your own voicing sweet spot. You may be wondering how I know so much about this topic... I'm not going to answer ;)

Here's a video to hear what speech with an electrolarynx sounds like:


O.k., now that it has been established that vibrating sound sources aren't novel in application to Speech Pathology, what is going on in terms of current voice therapy pratice? Currently, there is a standardized voice therapy that exists called Lessac-Madsen Resonant Voice Therapy.

One of the focuses in this type of treatment is to feel the vibrations in the face to produce a more resonant voice. Dr. Verdolini-Abbott taught me while I was Utah last summer and she introduced other tools which may be helpful to feel vibrations. She mentioned the use of an electric toothbrush. These props are not meant to be used as a crutch throughout treatment, but rather, as an initial tool to stimulate that sensation and feeling of where clients should be using their voice. Perhaps using vibrators are yet another tool to help speakers focus where they are supposed to be feeling sensations to produce a resonant voice.

One of the points in the article is that:

The increase of vocal energy makes sense from a sound wave acoustics perspective because when you add two sound waves together, in the same phase, there is constructive interference. Which is a fancy way of saying that sounds add together, get bigger, and as a result, sound louder.

One application that does make the Speechie side of me wary is the use of voice therapy in those with laryngitis. There are times when voice therapy is not recommended, such as laryngitis. In laryngitis the vocal folds are inflamed and voice rest is the recommended first course of action. However, the article doesn't reveal if that actress was just diagnosed with laryngitis or if it was months after and she was still recovering. My main note is just to proceed with caution in cases of laryngitis. As well, to always consume literature and research critically and with caution, even this very blog post.

Another thought as to why vibrators may be working is that there is some recent evidence to suggest that low-impact, medium-high amplitude vibrations may speed the wound healing process in vocal folds (currently, this article is in submission to be published). It comes from a thread of literature that investigates inflammatory mediators secreted by the vocal folds that may assist in the wound healing process.

Complete voice rest or voice habilitation? It's a balance that health care professionals have to consider in the treatment course of client recovery. Semi-occluded vocal tract (SOVT) exercises (e.g., humming, lip trills) describe exercises where the mouth is closed or constricted. SOVT has been shown to have good therapeutic application. These exercises create back pressure in the vocal tract. It creates a buffer of air above and below the vocal folds so they can still vibrate but it's low impact and the vocal folds vibrate with medium-high amplitude (i.e. the distance the tissue moves).

Low impact minimizes further tissue damage. The medium-high amplitude may assist in healing because the mobilization of vocal fold tissues may increase chemical mediators that assist in wound repair. It is possible that vibrators may create these same low impact vibrations in the vocal folds. In this case, it would be important for the speaker's mouth be closed and to not be speaking at the same time. Or else if their mouth is open and they are applying a vibratory sound source - it is no longer low-impact.

Speakers should learn how use their voice in a healthy way in order to have self-control so there isn't dependency upon tools. Do I disagree with the usage of vibrators? Not necessarily, we don't know that much about its applications yet. However, I think we do need to determine what our ultimate voicing goal is and why we are using vibrators. If our goal is to teach long-term skills to use the voice in a healthy way, there are other courses of treatment to consider. However, if vibrator use is proven to be efficacious with supporting evidence from the literature, then maybe we should be using nightstand toys as a therapeutic tool. Either way, I appreciate the amount of interest it has generated in the area of voice therapy. Who knew that voice therapy was so sexy?
Posted by misssable at 9:00 PM

I'm an actor, with a powerful pair of lungs, but my singing voice can be very hit or miss. I have received pretty good quality vocal training over the years but, even so, I am still not able to maintain consistent singing quality. I often feel that it is a result of stress related muscular tension, in the vocal folds, and I wonder if the use of vibration is just releasing tension; as a form of massage?

I appreciate the comment! It's possible the use of vibration may be releasing tension. It's hard to know exactly since the researchers don't know for sure why this method works. But as I mentioned in the post, it's important to identify why and how the stress associated with singing is occurring and learn how to manage that instead of just treating symptoms. Best of luck on your voice journey!