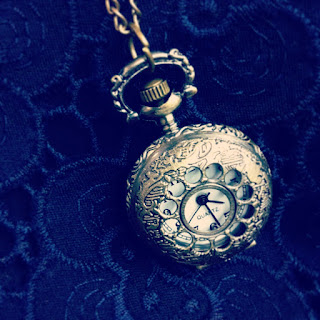 There is something to be said for reconnecting with people that put you at complete ease. Yesterday, for the first time in five years, my closest choral companions from my teenage a cappella ensemble, Con Fuoco, reunited for an evening. As we each took turns to provide verbal updates in a round table manner, I just kept thinking how inspiring it was to listen to the paths that some of my friends have chosen. They are diverse and unique but the commonality was that they were completely true to that person's character. Their overall life trajectory appears organic to me as a third-party observer.

It also made me think of what our teenage selves would have thought if they were able to evaluate ten year older versions of themselves. One fellow choir girl remarked how she remembers drafting Plan's A-C and how some of them included aspirations for choral conducting training. She gave a laugh of amusement at how utterly inappropriate that would be for her now. It is amazing to see what predictions form when you're forecasting the future in the formative stages of adulthood. I, too, would be shocked at how I have turned out so far. I had one main career aspiration as an overachieving teen: Medical School.

The desire wasn't motivated by any cultural pressure. My parents watched on in silence as I self-motivated myself through a full courseload of an academically-oriented program. They chose to stay out of my path of academic frenzy when I made conscious choices to forgo Halloween festivities in order to finish a Styrofoam model of a eukaryotic cell or when I started video taping for an English class project when there was a school hiatus from a teacher's strike. In University, I realized that it wasn't so much the actual dream of "Medical School" that had enticed me, but the prospect of helping people. It was difficult to realize that there are multiple options to reach this goal with my limited teenage worldview. In the early years of my undergrad, I had these thoughts when I was still convincing myself of my Medical School aspirations.

"I'm in a perpetual state of stress. I'm not enjoying my courses. I'm not doing that well in them. This sucks."

During this time, I wasn't singing regularly. I was still in Belle Canto, but after a few weeks of missed rehearsal, I was starting to feel the emotional imbalance as I had no outlet for all of these negative feelings.

As I reflected on this last night, I realized that even if I was in Medical School at this very moment in time, I know, for a fact, that I would not be singing as much as I do now. While I understand that sacrifices must be made in order to pursue career aspirations.... I do not wish to compromise doing the things I love. I am also allowed to love doing more than one thing. That includes singing in choir. It is a component of my life that more than just a frivolous leisure activity. At this point in time, my Speech Pathology and choral interests have equal priority.

I've done a mental review of my blogging year; it's staggering to see the creative explosion of content I've generated through the blog this year. I had more opportunities to sing in new ensembles in the city which included my concert with the Scona Singers and the Ordo Collective. The latter providing me the opportunity to tour to Victoria and Vancouver to perform the work. I survived the Pro Coro audition process under the direction of Pro Coro's newly appointed artistic director, Michael Zaugg. I also began writing for Sound + Noise after editor-in-chief, Michael MacDonald, contacted me via Twitter to attend a meeting. There is something to be said for meeting a mentor at the right point in time. MacDonald was the one who encouraged me to do interviews and social media coverage of the Podium 2012 choral conference in Ottawa since I was going there anyway with Belle Canto. This shaped my social media experience at the conference and gave me the confidence to dream big with my blog. As a result, I have a series of Podium posts and interviews with conductors, Heather Johnson, Ivars Taurins, Hilary Apfelstadt, Lydia Adams, and Michael Zaugg to add to my archives. My Podium 2012 coverage also led to my first paper print article in the Fall version of Choral Canada's "Anacrusis" Journal. As well, my blog garnered some local media attention for the first time in an Edmonton Sun article. My studies at the Summer Vocology Institute in Salt Lake City inspired some voice science posts as well.

To say that 2012 has been a great speechie, singing, and blogging year is an understatement. In some ways, I wonder if I have peaked given the burst of opportunity that I have been presented with this past year. No matter what, I am certain if my teenage self had to reevaluate my current path, she would initially be surprised but proud that I have not compromised either my career aspirations or musical passion. I have developed a multi-faceted area of interests such as voice science, rehabilitation, choral singing, and blogging and, by doing the things I enjoy, I have somehow formed a life template that incorporates all of my interests.

Thank-you to all of my readers this past year. I hope to bring you more inspired content in 2013.

What do Choristers Do?

My inaugural post for Sound + Noise and my chance to introduce myself to new audiences in a refreshing format.

The Culture of Fear

A post that challenged me to evaluate what I find fulfilling in past choral relationships and my personal feelings on how this has shaped me into the performer I am today.

A post incorporating my approach to voice rehabilitation and how this extends to vocal pedagogy.

This post resulted after I came home from Pro Coro rehearsal and could not sleep because I was too buzzed. The rehearsal process for Praulin's "The Nightingale" was utterly consuming and rewarding. I have been waiting a long time to sing music like this. As well, receiving a personal message from Praulins himself in response to my post was a choir girl highlight.
Posted by misssable at 5:00 PM