An Interview with Deirdre Kellerman 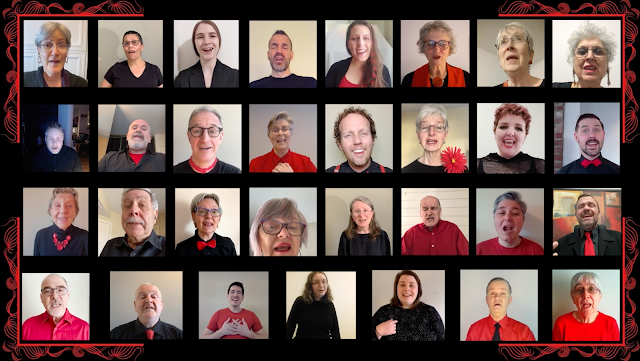 There is no such thing as perfect. This theme emerges as I chat with Tone Cluster’s new Artistic Director, Deirdre Kellerman. In fact, Kellerman feels that parting with the mindset of perfectionism holds the key to discovering who people are as singers.

This past year was Kellerman’s first working with Tone Cluster, a 2SLGBTQ+ choir based in Ottawa. Choir members met online for a weekly rehearsal and produced home audio and video recording content for their virtual performances. There are many singers that Kellerman has not even met in person. She acknowledges the amount of vulnerability for everyone participating in an online format. Kellerman shares her thoughts in this regard: “It was very hard to facilitate a safe space. The way I ended up doing it was going all in and programming intense and vulnerable concert themes: self-love, acceptance, and resiliency. I decided to lean in and that helped so much. It took the awkwardness out of Zoom when we were allowing ourselves to have conversations about resiliency and what that means in our life. Discussing this content in the streaming concerts. I think that was one of the things that got us through the year.”

Though an online season had its challenges, Kellerman focused on taking this time to facilitate discussion. Allowing this space for discussion set the choir down a path of working through A New Harmony, a workbook developed by GALA Choruses, the primarily North American umbrella for LGBTQ choirs. They have started to have conversations about equity, access, and belonging in choruses. The workbook has different workshop resources to discuss aspects of mobility, race, gender identity, sexual orientation, socio-economic status, mental health, and neurodiversity. Tone Cluster is looking forward to continuing to use a New Harmony as a guide in the upcoming seasons.

Oftentimes, during a regular performance season, there is a relentless pressure to learn music quickly for an upcoming performance. Whether conscious or subconscious, there is also a desire to have enough concert repertoire to justify the price of admission. “That is something I’ve always struggled with for several artistic reasons. Always feeling like there is a rush for singers to learn their music and a rush to get things done in rehearsal. Of course, that has to do with rehearsal methodology and efficacy, but it has been such a breath of fresh air to talk about why we’re singing particular pieces. It’s validating for me when I program something and hear the other singers’ connections to the music. It gives me a better sense of what clicks with them and doesn't and who they are as individuals, shares Kellerman.

There have also been profound changes for choristers singing and recording at home for a year. This perseverance to continue singing during a pandemic is a huge challenge. In many ways, it would be easier not to sing at all. However, Tone Cluster’s weekly virtual check-ins helped to maintain a sense of community. In this online format, Kellerman was intentional in giving her singers space to create: “I occasionally gave them instructions on where they should be or how they should dress. I always give them the opportunity, for at least one song, to go and record wherever in their homes or in their surrounding community that feels most authentic to them for the piece. To be as creative as they want to be. That has been game changing.”

Kellerman's view of a choir is not a mass of bodies singing together, but as a group made up of individuals, each with their own voice to share. With a social and political landscape that is becoming more charged with the inequalities facing people, both in the choral community and beyond, Kellerman reflects on her own approach to music making in this time: “Language matters… my journey with these ideas of decolonization and broadening what it means to be a choral artist has been about deconstructing the words success and excellence. Realizing it doesn’t always have to be music first. It can be connection, community, and stories first and that will allow us to create excellent music.”

There is a shift in approaches to collaborative choral leadership; however, rigid models of hierarchical teaching are still dominant in the classical music scene. This is a traditional model where a conductor determines the direction of music making. They likely have strong opinions of how to define musical excellence. Kellerman gives permission to their singers to not be focused on perfection, but instead, commit to communication of the music. It allows singers to experience the release from unhealthy expectations of perfectionism. Though these expectations can exist internally and externally, Kellerman has eliminated external ones in her role as a conductor. She goes further to clarify, “It doesn't mean that I don’t care about the quality of the music, because I do. I just think the way we get there can be in a more collaborative and engaging way with each other and the music. “

There is a huge role of unlearning that begins for any Artist when they begin to challenge whose definition of excellence they are trying to meet. Is it a Mentor? Organization? Conductor? Voice Teacher? Or perhaps one of the most critical yet, themselves? A toxic equation that outlines a direct relationship between performance expectations and self-worth.

Kellerman reminisces about the countless stories of shame singers have experienced throughout their training. Stories from a childhood where a singer was told that they need to mouth the words because their voice wasn’t good enough. They carry that vocal hesitation into adulthood and breakdown with gratitude as they enter a nurturing choral space as an adult. “Everyone has the right to sing,” states Kellerman with an assertive calmness. We need to “start from this place of ‘what stories do we want to tell? how do we feel about the music we’re singing?’ and stop talking about what styles or composers are for what singers,” states Kellerman.

Tone Cluster has a mix of demographics, such as young adults and recently retired, some newly out of the closet, some having lived decades within the queer commuity, and a significant number of allies that don’t identify as queer in the group as well. Kellerman elaborates, “they want to do better for each other. They want to learn how to be more accepting and welcoming. They are always striving for that. They are doing it in a way that is fun. They are serious about their inclusivity and enjoying their community together.”

Kellerman shares her approach to programming for Tone Cluster this past year and the current show: “I was drawn to what are our lived experiences that are the same no matter how we identify within the choir. I am really interested in diving deeper into an individual basis. Whether that is stories of people who were living during the AIDS crisis, which is not that long ago, or talking about what it’s like to not know yourself or have labels for yourself or knowing where you land. Those are all really important for queer organizations to focus in on. Tone Cluster has a great history of singing and speaking about social justice focused topics. We can go farther with queer centered stories written by queer composers. We have such talent within the organization itself. There are poets and storytellers. I would really want the choir to be in front of an audience and feel like they are telling their story.”

The idea of a decentralized form of leadership continues to surface during Kellerman’s verbal reflections, especially regarding the aspect of collaborative programming. While she acknowledges that there is so much ego that can be wrapped up in the role of conductor, she is interested to discover what a model of efficient collaboration can look like. Tone Cluster, in many ways, is an excellent group to explore this process of finding a new path of looking at leadership and direction. Kellerman hopes for the “singers in the choir, no matter their skill level or experience, to feel connected to the ensemble in an artistic way and that their voices are being valued.”

In a pandemic year of creation, Kellerman remains curious about what is to come: “I am fascinated about what people would have learned about themselves in this year of isolated singing. I imagine there are going to be struggles, whether it is tuning, balance, or even the emotions of being back with people again and singing. I want to prepare for anything. I am also anticipating real strength and development of skills. People have been forced to sing and learn music on their own; what that’s going to mean for choral singing. I don’t anticipate that people will shy into the background and rely on other peoples voices. They have been forced to find their sound and to accept their sound.”

Given the discussions that have occurred within Tone Cluster this past year, Kellerman is first to note that siloing can be a dangerous thing: “As much as it is beneficial to be talking about [equity] in a choral setting, I think this is a great opportunity as we are having these discussions to open the door a bit and note that all art forms are having these conversations. To be collaborating not just as an interesting way to get an audience through the door, but to diversify and deepen these stories and how they connect in our music community and audiences. I’ve always felt there’s been so many lines drawn between the choir world, the orchestra world or singer songwriter world and this is the time to be expansive,” reflects Kellerman, and “to collaborate not just for the sake of collaboration, but to connect, and create together.” 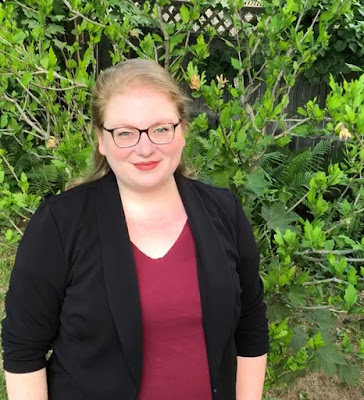 Deirdre Kellerman is a choral conductor and vocal coach based in Ottawa, ON, where she is the newly appointed Artistic Director of Tone Cluster - quite a queer choir, as well as the Artistic Director of Hypatia's Voice Women's Choir. From 2015-2021, she was the Music Director at First Unitarian Congregation of Ottawa, and also worked as the Assistant Director of the Ottawa Choral Society.

Deirdre has studied with Canada’s leading choral pedagogues, including a residency at the Banff Centre’s Choral Art program, studying with Michael Zaugg and Lone Larsen. She was nominated for the 2018 Leslie Bell Prize for Choral Conducting. An avid chorister, Deirdre has sung with a wide variety of ensembles, including Xara Choral Theatre, and the National Youth Choir of Canada.

Deirdre holds a M.Mus in Conducting from the New England Conservatory and B.Mus in Vocal Performance from Acadia University.