The Choral Avengers at Podium 2016


On a grey and drizzly Sunday morning on the final day of Podium Conference and Festival some members of my social media team and I piled into the cozy cafe for brunch. There was a sense of drowsy satisfaction at the amount we were able to experience since Wednesday when Podium 2016 began. 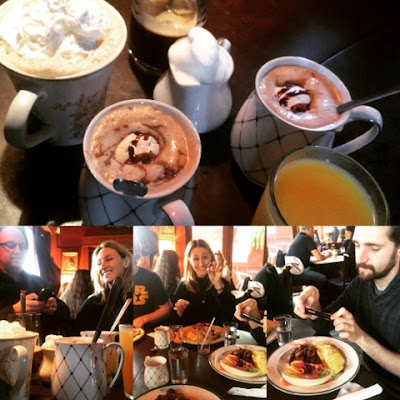 As our steaming hot coffees were set on the table and we wrapped our hands around the porcelain sides, we reminisced about the past few days as we tried to mentally condense our key take-aways of the whole experience. There was a sense of satisfaction of the connections made, a renewed optimism for continuing on with choral groups back at home, the sense of freedom and relief in being able to tell your choral idols your admiration for their work. I agreed with all of these points but as I glanced around at the table I began to realize that it was these very people as well as others from the social media team that made my Podium 2016 unforgettable.

Four years ago in Ottawa, I attempted media coverage for the first time at Podium 2012. I was encouraged by my e-magazine editor that I should try interviewing conductors while I was there. I set out to interview my choir idols and made it through the process. However, I felt overwhelmed at the breadth of the conference and festival. Also, only a handful of people at the conference had Twitter and were using #podium2012. Fast forward to two years at Podium 2014 in Halifax where I began to see an increase in social media activity. I began to see more users online and the conference was promoting #podium2014 on signs and speeches prior to sessions and concerts. I enjoyed seeing this increased exposure as I made my way from session to session and series of composer interviews with Matthew Emery, Cy Giacomin, and Peter Togni. 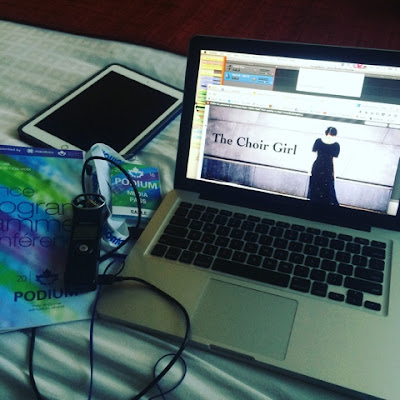 This past Fall, I was approached by Choir Alberta to help maintain their Podium Conference and Festival social media accounts. I expressed that there was an opportunity to do more than just update Facebook and Twitter accounts. We could create content that people feel a connection with even before the conference and festival begins and we can promote the use of social media by having an active team contributing multiple perspectives because I can only be in one place at one time. With Choir Alberta and Choral Canada's trust and support, I was able to reach out to my social media contacts and see who would be interested in coming to Edmonton to help me do media coverage of the festival. The first thing that shocked me was that nobody told me an outright no. Most just asked for more time to check with their schedules and would get back to me. In the end, I had three confirmed social media team members: Amy Desrosiers from Blonde in the Choir, Jean-Pierre Dubois-Godin from Choir X, and Missy Clarkson founder of Cor Flammae, singer with the Vancouver Cantata Singers and viral video star from Sh*t Choristers Say. I even had the support of my two Edmonton friends,  photographer Nanc Price. 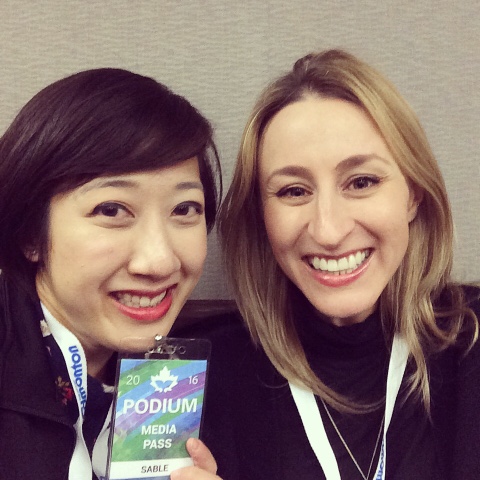 When it came my turn to share my take-aways of the conference at brunch I stated that it is the first Podium where I was not alone. I was trying to have a  conversation with myself on social media over the past four years and this is the first Podium I was greeted with such a enthusiastic reply after all this time. I send my love to my team and social media gurus on #podium2016 who joined me in sharing the discourse choral music. Of course, there were many amazing choral performances throughout the week, can I just say that Coastal Sound Youth Choir's use of visuals was blowing my mind? I still have goosebumps thinking about that performance with the audience holding up images of the Children of War.

But the heart of my joy at Podium were the moments of human connection whether it was the extra long hugs from my fellow choristers in the Canadian Chamber Choir, having a drink with my team at Remedy as we outlined a strategy to cover the sessions and concerts, or having a photoshoot with Composer, Cy Giacomin, for our upcoming collaborative project. Even though my friends have departed, I continue on with a renewed sense of optimism for the future of choral music, more tools on how to better highlight the work of those individuals, and the knowledge that these individuals are only a tweet away. 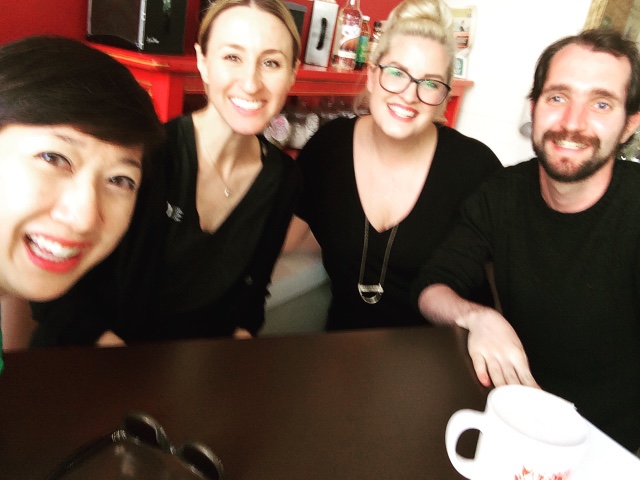 Email ThisBlogThis!Share to TwitterShare to FacebookShare to Pinterest
Labels: Podium 2016