An Interview with Robert Busiakiewicz, Artistic Director of Opus 8 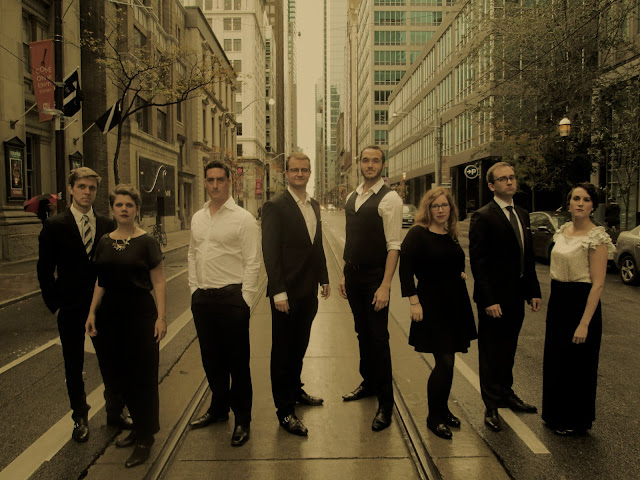 The vocal ensemble based in Toronto, Opus 8, consists of eight soloists with a wealth of choral experience. Its members have sung with the Elora Festival Singers, Musica Intima, Studio de Musique Ancienne de Montréal, Tafelmusik, Choir 21, and with various opera companies throughout Canada. The elite professional octet draws sell-out audiences in the Toronto area with varied programming and some of the genre’s most exciting and challenging repertoire, including 14th century chansons, 17th century partsongs, to 21st century jazz arrangements.

An interview with Opus8 Artistic Director and Singer, Robert Busiakiewicz.

What do you feel makes Opus 8 unique?

The most obvious difference will be that in consisting of only eight singers, Opus 8’s performances will be the most intimate choral experiences on offer. Each voice has the luxurious liberty to be spontaneous and soloistic such that the expressive compass of the performance will be arguably much wider than the ‘impersonal’ effects of a massed-choir. What results is conversational, interactive chamber music which allows intricate counterpoint to jump off the page, speaking to audiences in a meaningful and exciting way.


What are some of the highlights you have had with Opus 8?

My fondest memories are the looks on people’s faces when they tell me after a concert, “I had no idea Byrd could be so dissonant”, “I had no idea Hassler could be so sexy”, “I thought Opus 8’s performance of Guillaume de Machaut’s Messe de Notre Dame was like seeing a new colour for the first time”. Rediscovering and facilitating visceral and highly characterful performances of lesser known challenging music from 1300-1750 is particularly thrilling in its almost infinite potential for interpretation. That said, as a former big band leader and saxophonist, I must admit having a predilection for fiendishly lush close harmony arrangements which Opus 8 always takes well within its bafflingly versatile stride.

Where do you begin when you start building a programme list coming to Podium?

Michael Zaugg, the artistic director of the Podium Festival, got in touch with us regarding a shared concert with Pro Coro that would focus on the themes of ‘light and darkness’. He asked that our contribution be exclusively early music, which made the process much easier in that we could avoid what Stravinsky called ‘the abyss of freedom”.

What can audiences hope to see from Opus 8 at Podium?

Our lecture recital (Thursday 19th May, 1.30pm McDougall United Church), along with the wisdom of Roseen Giles from the University of Toronto, will feature and dissect three utterly remarkable chansons from the 16th Century: Adieu Mon Esperance by Clemens non Papa, Mon Petit Cueur by Cipriano de Rore and Tous Les Regretz by Nicolas Gombert. These relatively unknown works hold harmonic curiosity and intensity that flirts with the extremes of dissonance and false-relation. The deeply sentimental texts ache with emotion and the voice-leading drips with a rare expressivity that leaves a lasting impression.

Our concert with Pro Coro will see some joint performances as well as a showcase of fiery Palestrina, Byrd and Monteverdi before turning to the shadowy sound-world of Gesualdo, and the sublime obscurities of John Sheppard and Pierre de Manchicourt.


How has your upbringing in the musical words of Austria and the UK influenced your choral perspective?

The rich choral heritage in the UK provides a fascinating canvass for a staggering variety of approaches to ensemble singing. From the university collegiate choirs, to the 42 cathedral foundations, to the professional chamber choirs to the choral societies, there is a feast of diversity in sound derived from the human voice. I have been particularly nourished by the inspiring recordings of The Cardinall’s Musick, Tenebrae, The BBC Singers, Stile Antico, Alamire, and Contrapunctus, particularly for their strong personality, emotional gamut, full-throated healthy singing which sounds like experienced human beings communicating text, rather than a white-noise synthesiser.

What are the challenges when you are looking at repertoire to program for Opus 8?

There is a wealth of repertoire which demands long legato lines, some of which are so long that breath becomes a major consideration: Do you compromise with a potentially unmusical faster tempo to allow the phrase to be sung in one breath, or do you safeguard the perfect slow tempo but chop up the line with new rests? With only eight singers, the opportunities to 'stagger' breathe are all but eliminated. Some contemporary music like that of Arvo Pärt and Jonathan Harvey require a seamless body of sound that is almost impossible to reproduce without cunning subterfuge between the parts. 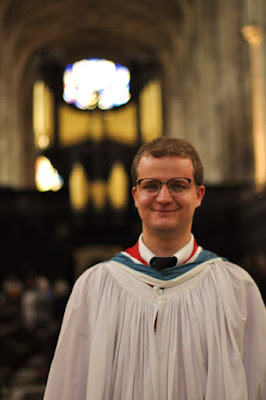 From an academic and historical perspective, there is also the persistent question of appropriate keys and part distribution in much renaissance music. Balancing acts such as 'if we perform this in A, the soprano part will be very high and taxing on the voice, but the bass part won't be constantly below the staff', or 'if we perform this in C, the tenors can split and be high in their range, rather than have the altos split and be in a perilously low tessitura'. Judging which combination will work best in performance with our personnel is also something considered at length.

What inspired you to be a conductor?

In another life perhaps I would have become a graveyard-shift DJ. The first time I heard Britten's A Boy Was Born, or MacMillan's Seven Last Words From The Cross, or Messiaen's O Sacrum Convivium, or Tallis' Spem in Alium, along with the cocktail of heightened emotions associated with the score, I felt an immense gratitude to the person who had exposed me to such powerful materials. One then feels naturally obliged to share these with others. The satisfaction of inviting someone to inhabit a piece of music they have never heard before and to persuade them of its inherent excellence is a similar sensation to hosting a historic party that was deeply savoured and long talked-about. The infamous Polish hospitality of my grandparents has probably manifested itself in an insatiable appetite to introduce people to potentially unfamiliar music. In short, the illimitable and unimaginable efforts of composers themselves throughout history serve as inspiration enough to dedicate a lifetime to their exploration and appreciation (or should I say sifting through the substantial dross, in search of that elusive life-changing score).

What is at the heart of choral music singing that drives your passion?

Qualities which evade definition and analysis. Glimpses of the sublime, the magic of an ensemble becoming more than the sum of its parts. That 'buzzing' feeling you get when a chord is perfectly tuned and balanced. The emancipation and artful transformation of poetry into sound, the sincerity, vulnerability and humanity behind the primitive yet complex instrument itself in relation to the brain, memory and emotions.

What are some future goals of the group?

To share as wide a repertoire with as many people as possible at the highest standards we are capable, while having as much fun as possible. If there's some critical recognition of that labour of love along the line, it would be a welcome bonus.

See Opus 8 in concert with Pro Coro Canada at Podium Conference and Festival.

A devout ambassador for the Anglican choral tradition, Robert Busiakiewicz has given concerts and services all over the world, including Australia, Russia, the United States, and throughout Europe. A multi-award winning and versatile musician, most recently he was presented the Lord Mayor of London's Prize in Composition (Commotio for solo organ) and admitted to the Worshipful Company of Musicians. 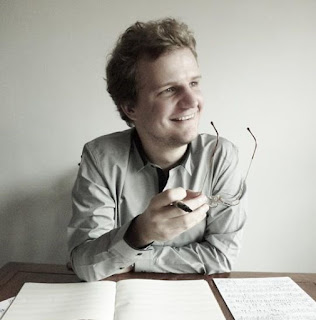 Holding a deep commitment to education, and having taught at King's College London (UK), he specialises in fugue, counterpoint and orchestration as well as privately coaching voice, improvisation, jazz, and theory. A sought after choral motivator, conductor, pianist, saxophonist, big band leader and singer, Robert has given master-classes across England to choirs of all ages. He has performed in The Royal Albert Hall, Blenheim Palace, Banqueting House, The Barbican, RAC Club Pall Mall, Sydney Opera House, the Hermitage Theatre, Washington National Cathedral and The Royal Festival Hall. Although equally comfortable conducting for the theatre and concert platforms, his background lies in Cathedral music, frequently singing on radio, disc, and international television.

The grandson of Polish refugees, he spent his formative years in Vienna, Austria and Stratford-upon-Avon, UK. In 2014 he moved to Canada and founded the professional vocal ensemble Opus 8; he has since worked with the Elora Festival Singers, Choir 21, The Mendelssohn Choir and the choir of St. James Cathedral.

Posted by misssable at 3:00 PM