The Start of a New Season 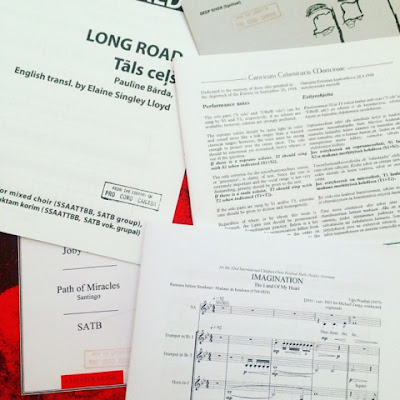 The start of any choral season signals change and continuity. My social media feed fills with posts from fellow choristers beginning their singing season. They share creative ways of organizing their music in binders using alphabetical dividers, updates about how their rehearsals are going in their new choir, or suggestions on Canadian repertoire they should consider for the Christmas season. The Fall always reminds me more of the start of the new year than January. 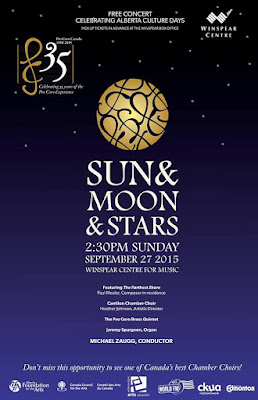 Pro Coro Canada has a pretty stellar season lined up. We have begun preparation for our free Alberta Culture Days concert at the Winspear Centre. The program is entitled: Sun & Moon & Stars and all the works has themes of sea travel, shipwrecks, and the continuation of the pilgrimage from our the previous Alberta Culture Days concert. Last year, Pro Coro performed the entire Path of Miracles by Joby Talbot and this year we pick-up from that point and build in Paul Mealor's The Farthest Shore. Mealor, who is Pro Coro's new composer-in-residence, will be joining us in the few weeks to rehearse with us and to hear the North American premiere of his work. However, it was interesting to note that the text is adapted from Anglesey's Bone setter in this Classical Music interview:

‘It’s about two young boys who were washed ashore on the coastline of Anglesey and no-one knows how they got there, they couldn’t speak the language, they had different-coloured skin & and a few of the villagers were threatened by this and took offense. But eventually, through the interaction of the women of the village, they took the children I as their own and started to teach them.

‘One of the boys died, but the one who survived had this amazing skill to heal broken bones, and descendants of this original bone setter are still surviving today, and many of his descendants have had some sort of medical career. I was fascinated by this, that this need to heal had gone down genetically. Whether the person really had the ability to heal bones or not we don’t know, but he certainly had some sort of an ability about him.’


Pro Coro is a super-sized choir for this first concert with 4 new singing interns and volunteers from the #Connect youth choir that Michael conducted last year. We will also be joined by my alma mater, The Cantilon Chamber Choir, and will be accompanied by a brass quintet. 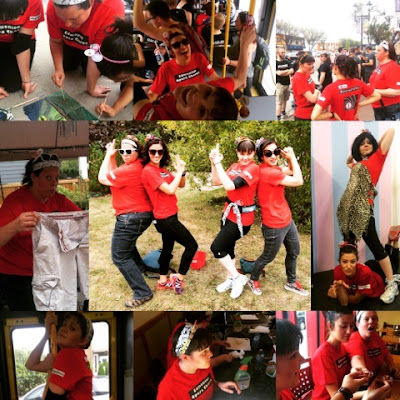 At the same time as Sun & Moon & Stars goes up, Edmonton Opera begins its rehearsals for Merry Widow. I don't know what to expect - many backstage shenanigans, can-can dancing, and red satin? At the end of August, I competed in Northern Light Theatre's Battle for the Limelight, which was a fundraiser for professional theatre companies throughout Edmonton. It was a great time to bond with my fellow Edmonton Opera Chorus singers, Christina and Natasha, and #MadPhotog, Nanc, before the upcoming production. Our team helped to raise funds over $1000 for Edmonton Opera Chorus outreach throughout the year and we placed 5th out of 25 teams.

Finally, the Canadian Chamber Choir will be releasing their Sacred Reflections CD this upcoming September while on tour to Newfoundland. For those readers who live in Corner Brook, Gander or St. John's, I recommend you check out the CCC concerts coming your way since it's their first time touring NFLD! Due to local choral commitments, I won't be able slip away to sing CCC's two upcoming tours this season. I'll just have enjoy pictures from the CD recording and stay tuned for their updates from the road. 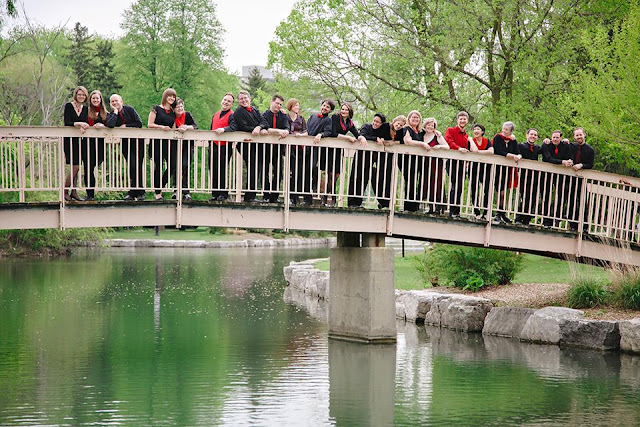 Photo by Jenny Wiebe for the Canadian Chamber Choir
Posted by misssable at 3:00 PM