The Role of Vocal Cool-Downs in Wound Healing 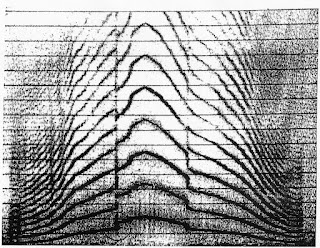 I'm right in the middle of my voice habilitation course (note: it is not called "re"habilitation because that term suggests it is a process of regaining lost function and, instead, we want to focus on the function we can obtain).

In class we have been speaking about the wound healing process in vocal folds and what kind of mediators (inflammatory or anti-inflammatory) that are present after periods of heavy vocal use. Mediators are the chemical molecules that are present when there is inflammation. Thus, the presence of mediators signals that there is some damage. Inflammation is a natural part of the wound healing process. Potential problems arise when inflammation persists for prolonged periods after strenuous activities, such as vocal use. There have been recent studies looking at what is most beneficial to do following periods of intensive vocal use.

A soon-to-be published by Verdolini-Abbott (2012), known informally as the "Scream Study," looked at the levels of mediators in a group of 9 individuals following a session of vocal loading (aka. screaming), these individuals were then split into 3 different group conditions afterwards and then their vocal folds were suctioned for secretions to measure the presence and amounts of inflammatory mediators. Each group of individuals had a particular condition applied: one group had to undergo complete vocal rest, another had to use their voice to speak to a clinician, and another group had to do resonant voice exercises (humming etc) after the vocal loading session. Researchers suctioned the vocal folds before the vocal loading sessions (baseline), 4 hours following the session and 24 hours after the session. They found in the condition where subjects had to use speech, they had the highest level of inflammatory mediators 4h and 24h following the session. The vocal rest conditions showed that there were elevated levels of inflammatory mediators 4h following the session and this decreased by 24 hours. However, in the resonant voice condition there were decreased inflammatory mediators 24h after session and there was an anti-inflammatory mediator present. This suggests that following strenuous vocal use, instead of complete vocal rest, there are findings to suggest that low impact resonant voice exercises may can expedite the wound healing process. Thus, providing some of the first empirical evidence for vocal cool-down's following strenuous voice use.

Does this mean that everybody should rush out and start resonant voice exercise cool-downs following voicing? Probably not since there are other cautions to consider. You should be doing resonant exercises properly so that voicing feels easy and resonant. Any exercises where there is strain is counter-productive. Dosage effects have also not been closely studied (how long or often to practice resonant voice exercises for). All it provides is evidence that complete voice rest may not be the way to go. There are other caution factors as well ex. if a subject is at risk for vocal hemorrhage then voice rest is warranted since you don't want to vibrate your vocal folds in case capillaries are ruptured. The most important thing is to be intuitive and listen to your body and how it is responding to variables when you are introducing new exercises. This may not be new information to you since the concept of vocal cool-downs are used by individuals. However, isn't it nice to know the possible "why" behind such an exercise?

Ultimately, the real questions are: "why do they work?" "what is the evidence behind them?" and "what kind of exercises do I need to do?" and "how long do I need to do them for?" In order to be critical consumers of knowledge, we should always question and not simply accept things because they are the norm. The Verdolini-Abbott (2012) study I'm referencing here is not yet available; however, there are some other related articles from this area of research at this link.

Until next time readers, take care!
Posted by misssable at 4:14 PM